The FLIRT of the future

The production of the new BLS fleet is going full steam ahead – the new FLIRT train will be presented to the public for the first time in May. By late 2025, 58 new trains will be running on the planned RE and S-Bahn lines.

On 11 June 2020, the first of the latest generation of FLIRT trains will exit the Stadler works in Erlen (Canton of Thurgau). Following the roll-out, up to five vehicles will undergo a test phase, with the FLIRT being subjected to the most rigorous testing for a year-long period before carrying any of our passengers. From June 2021, the trains will finally go into commercial operation. The new FLIRT’s first journeys will be on the route between Bern and La Chaux-de-Fonds.

BLS has ordered 58 single-storey unit trains of around 105 metres in length. These will be the latest generation of FLIRT vehicles, which are also designed and manufactured by the Swiss company Stadler Rail. The new FLIRT generation will replace the 43 oldest BLS commuter trains and allows the company to expand its timetable. Existing capacity constraints on the Lötschberg mountain line, in the Simmental and on S-Bahn line S2 in Bern will be eliminated. The new trains will feature 242 (RE)/240 (S-Bahn) comfortable seats and practical multi-functional and standing zones.

The new FLIRT generation will complement the two fleet families of the MUTZ and NINA/Lötschberger: in future, this triad of trains will bring you to your destination with even greater comfort, reliability and peace of mind.

By the end of 2025, all 58 trains will have been delivered and be running on the following lines:

These new trains will not only offer more space, but also impress in terms of convenience, punctuality, cleanliness, safety and passenger information. BLS is ordering the trains in two different configurations, so that they can be used both on the tourist-based RegioExpress lines and on the S-Bahn lines.

These three train models will be replaced by the new ones: 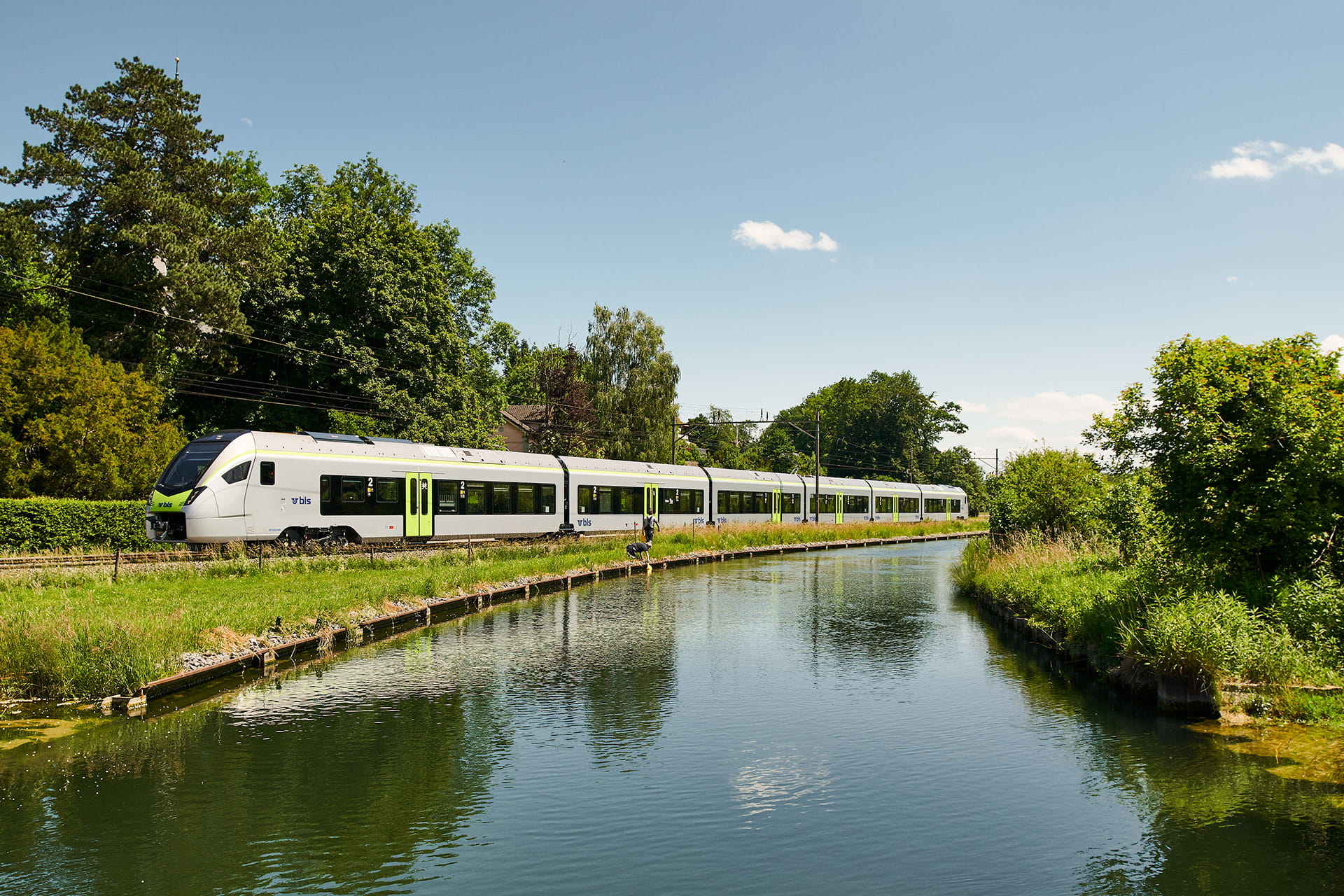 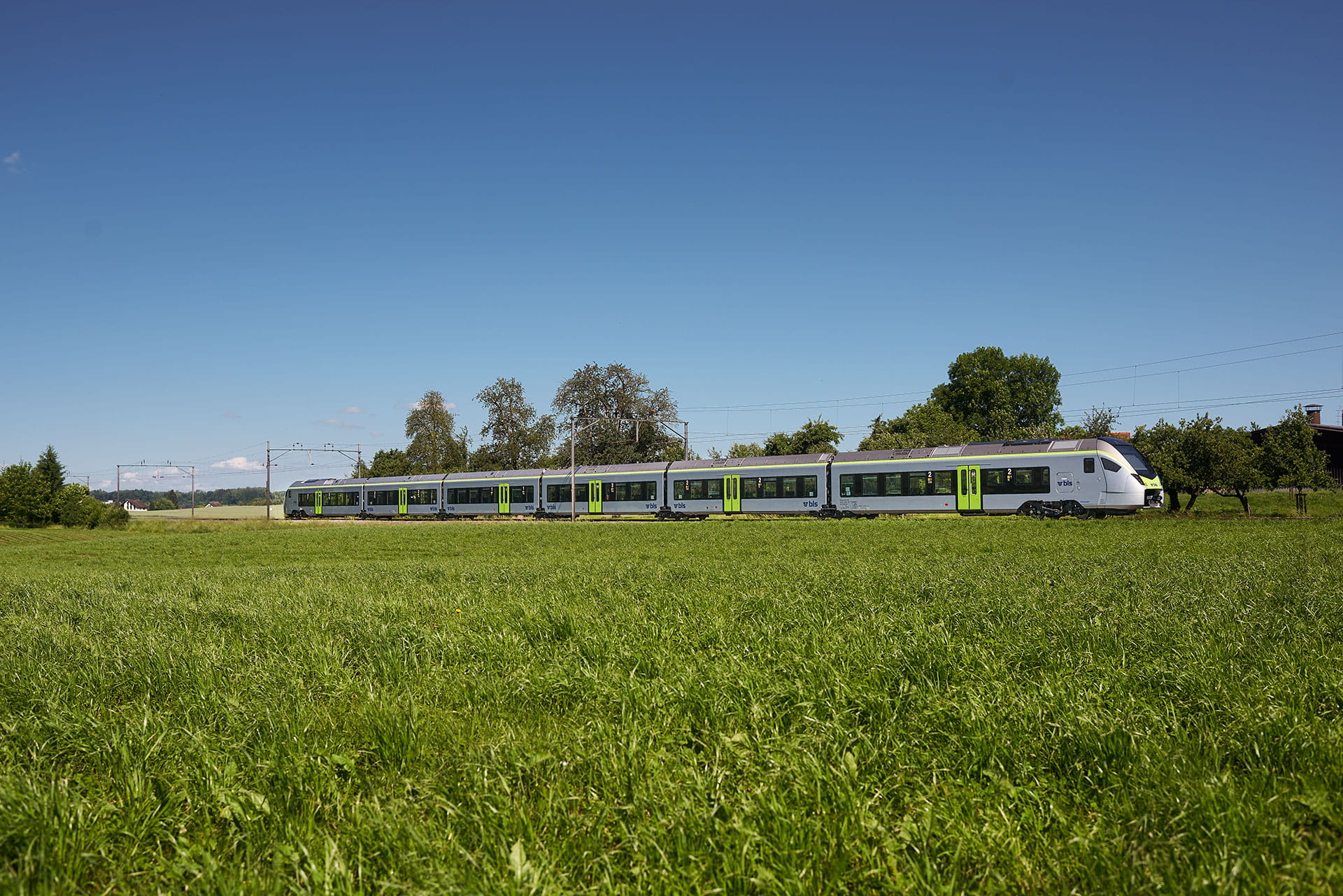 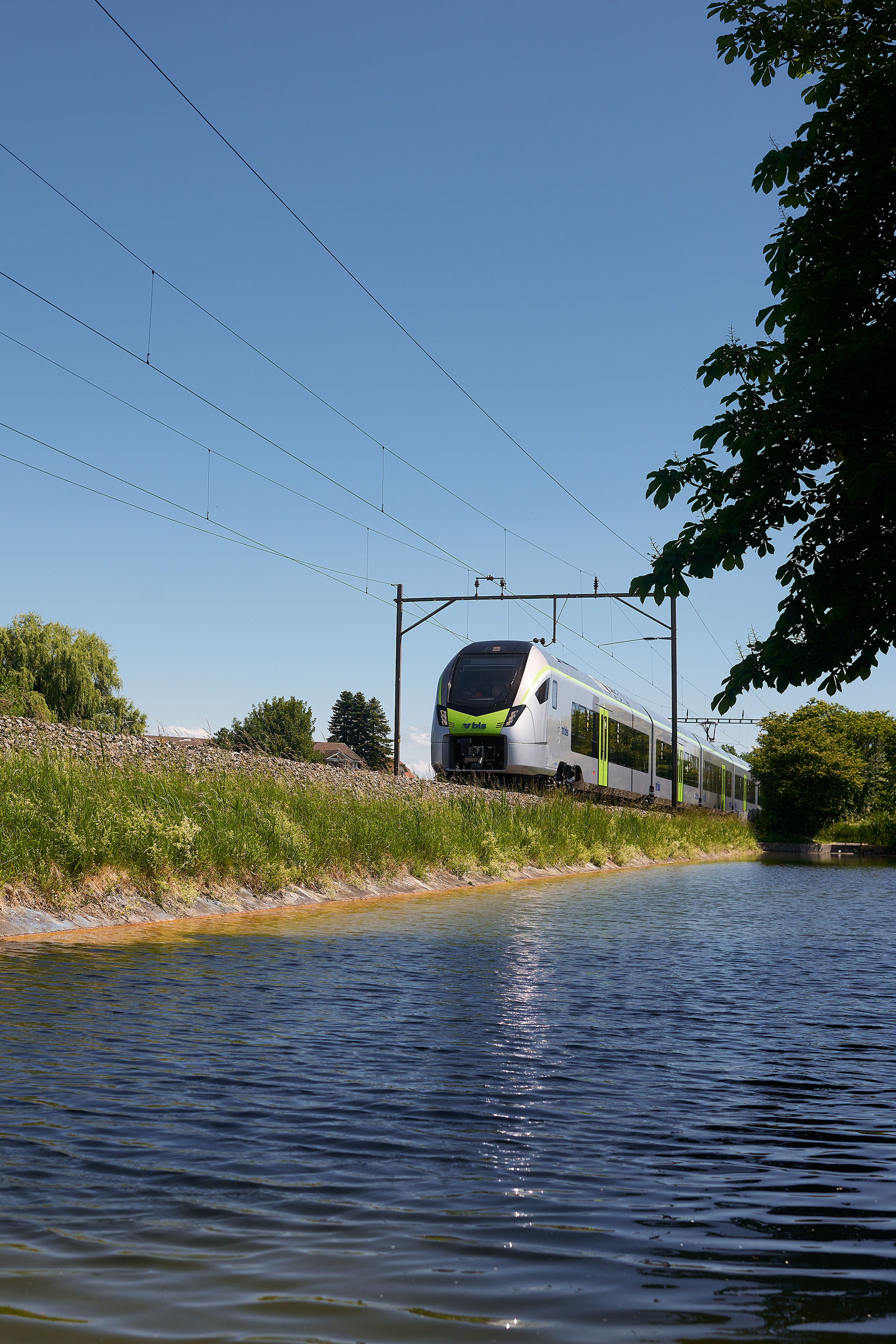 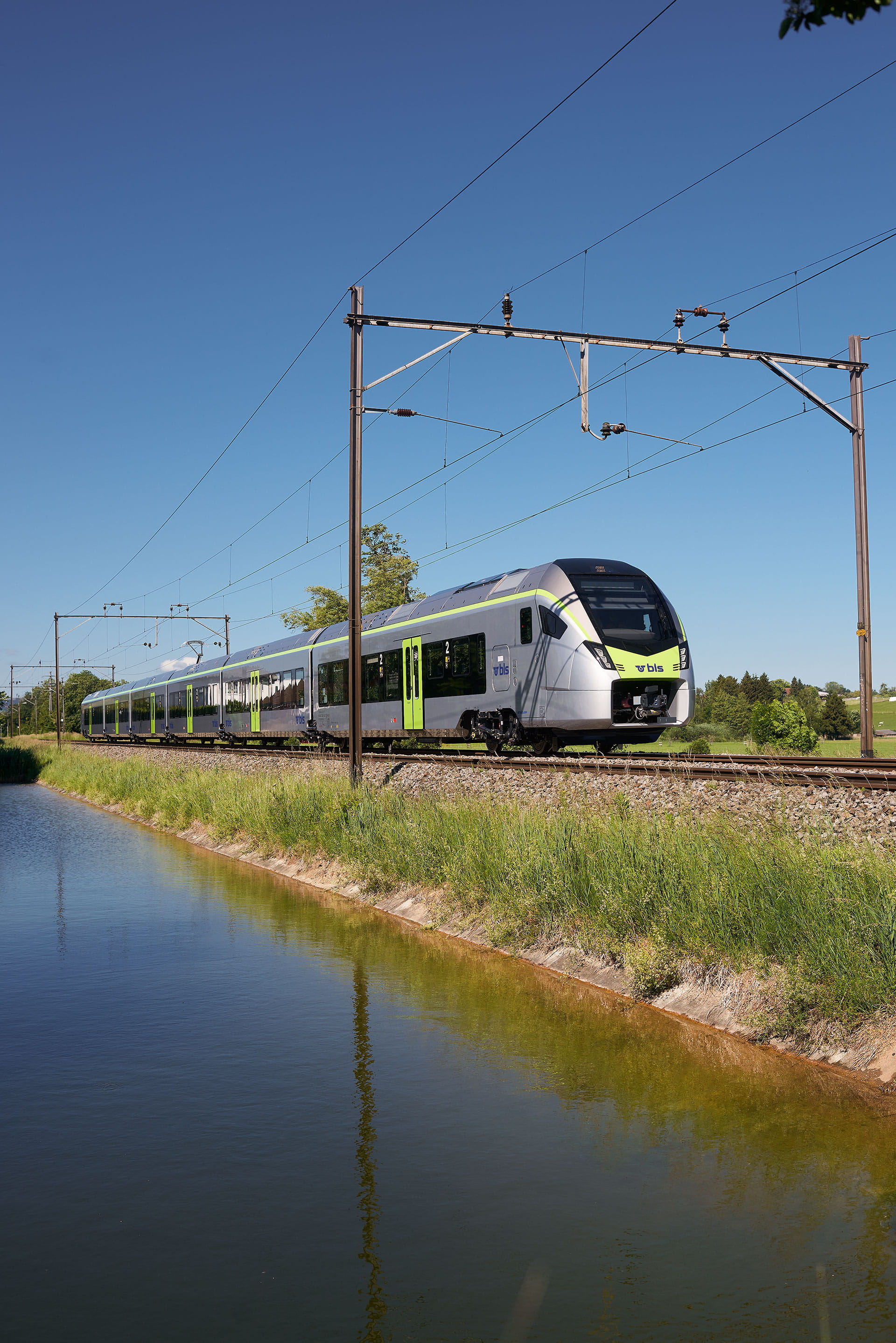 0 of 0 Media files
About us 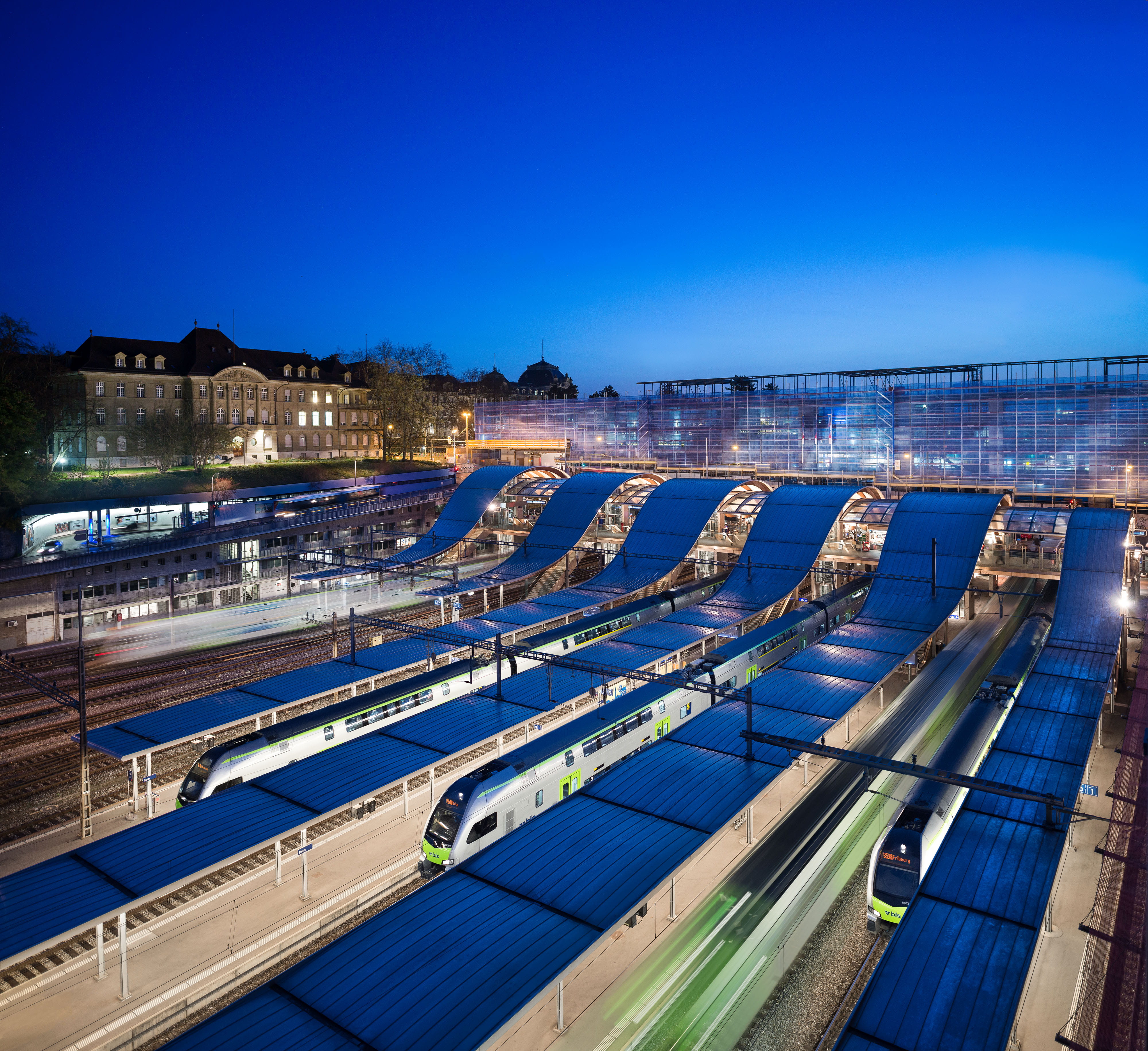 Our trains, locomotives, boats and buses