Your journey to Locarno with the Vigezzina-Centovalli Railway will take you across bridges and rivers and past vineyards. Once in Locarno, a five-minute ride in the historic funicular railway will take you up to the Madonna del Sasso pilgrimage church, a popular viewing point out over Lago Maggiore.

The Sacred Mount of the Madonna del Sasso is one of the most significant religious and historical sites in the canton of Ticino. Set on a spectacular rock promontory, this holy site is surrounded by a large piazza from which visitors can enjoy the splendid views of the valley and surrounding mountains.

Nearly 100 years old, the Vigezzina-Centovalli Railway is a panoramic, narrow-gauge railway line connecting Domodossola and Locarno. The line is 52 km long and includes 83 bridges and 31 tunnels. Today, it is one of the major attractions of the Ossola Valley. Nestled amidst the pristine landscape, it offers passengers a leisurely and exciting journey between Valle Vigezzo and Centovalli, between Italy and Switzerland.

Follow your journey on the map. Discover all the details, curiosities and interesting information along the entire railway line. What do you require for this? Your smartphone and earphones. With no additional data charges.

The Madonna del Sasso pilgrimage site was founded in 1487 by the Franciscan monk Frá Bartolomeo after – so tradition has it – the Virgin Mary appeared to him in a vision here. Pious locals then erected the first chapel here. In the centuries that followed, the idea came to fruition of building a pilgrimage site, a form of religious architecture that is very common in the lakeland region: an ensemble of churches and chapels along the ‘penitents’ way’ that is embedded into the beautiful, rural landscape. The architectural ensemble includes the basilica and Franciscan monastery, which stand high up on the rock, the church of the annunciation, the stations of the cross and other chapels.

The museum is located in the oldest part of the monastery, within the rooms once inhabited by the first four months, including the refectory with its splendid fresco of the Last Supper. The eight exhibition rooms give insights into the monastic life of the Capuchin monks and the history of the monastery in the context of the pilgrimage in the region of the alpine foothills. The exhibits also include paraments, cult objects, and drawings and paintings by the Ticino painter Antonio Ciseri (1821-1891).

The offer is available all year round.

The funicular railway is closed in November due to repair work.

The RegioExpress Lötschberger takes you directly and in comfort from Bern to Domodossola. From Domodossola Train Station, it’s an approximately 8-minute walk to the departure point of the Vigezzina-Centovalli Railway. The journey from Domodossola to Locarno takes around two hours. The funicular railway is located next to Locarno Train Station and take you to Sacro Monte.
For the return journey, we recommend the shorter route via the Gotthard line.

Follow your journey on the map. Discover all the details, curiosities and interesting information on the entire railway line.

What do you need? Your smartphone and headphones. Without additional costs for the telephone connection.

Reserve your seat on board the Centovalli Railway at your BLS Travel Centre.

If you have any questions, the BLS Travel Centre Bern Bümpliz Nord will be happy to help: 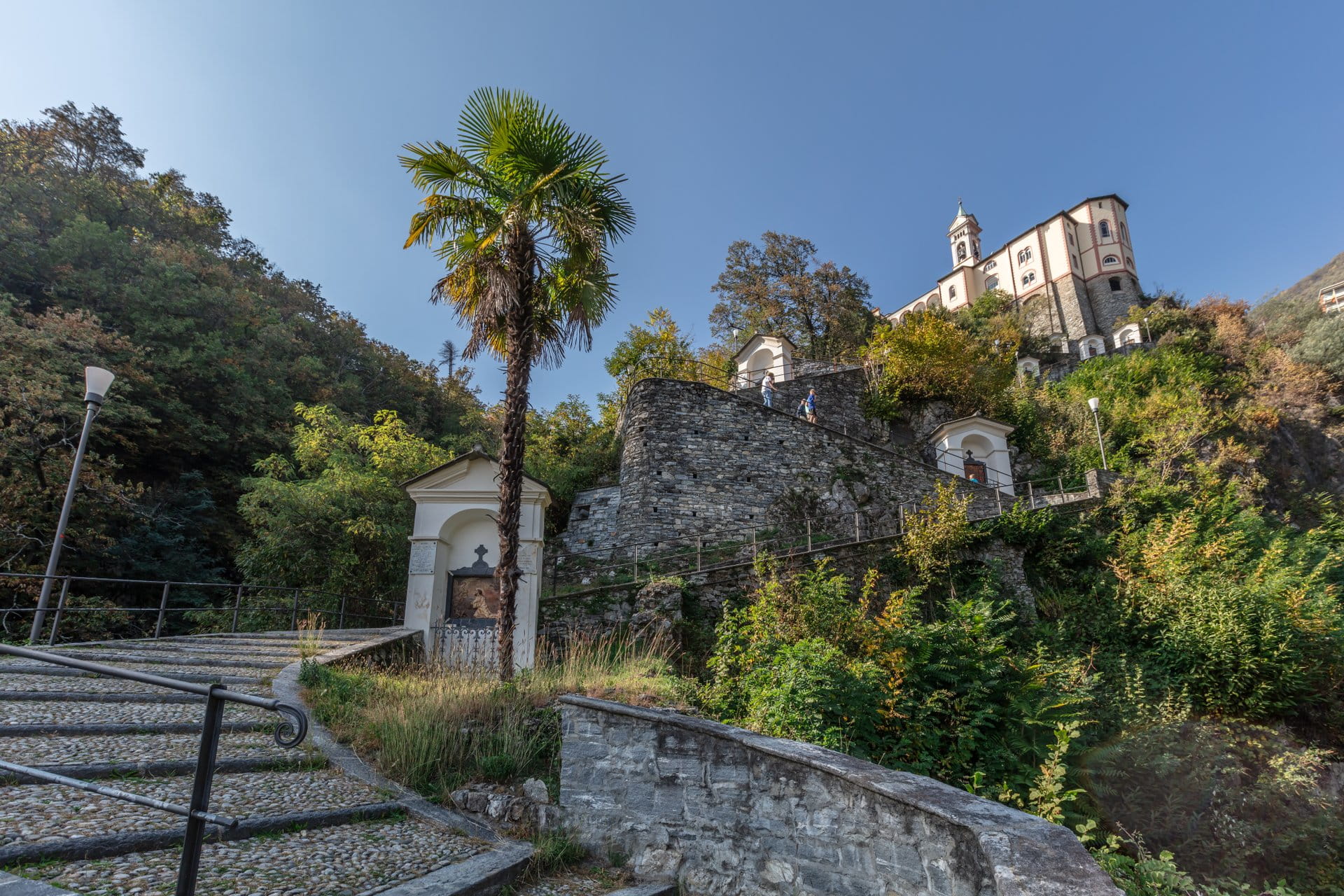 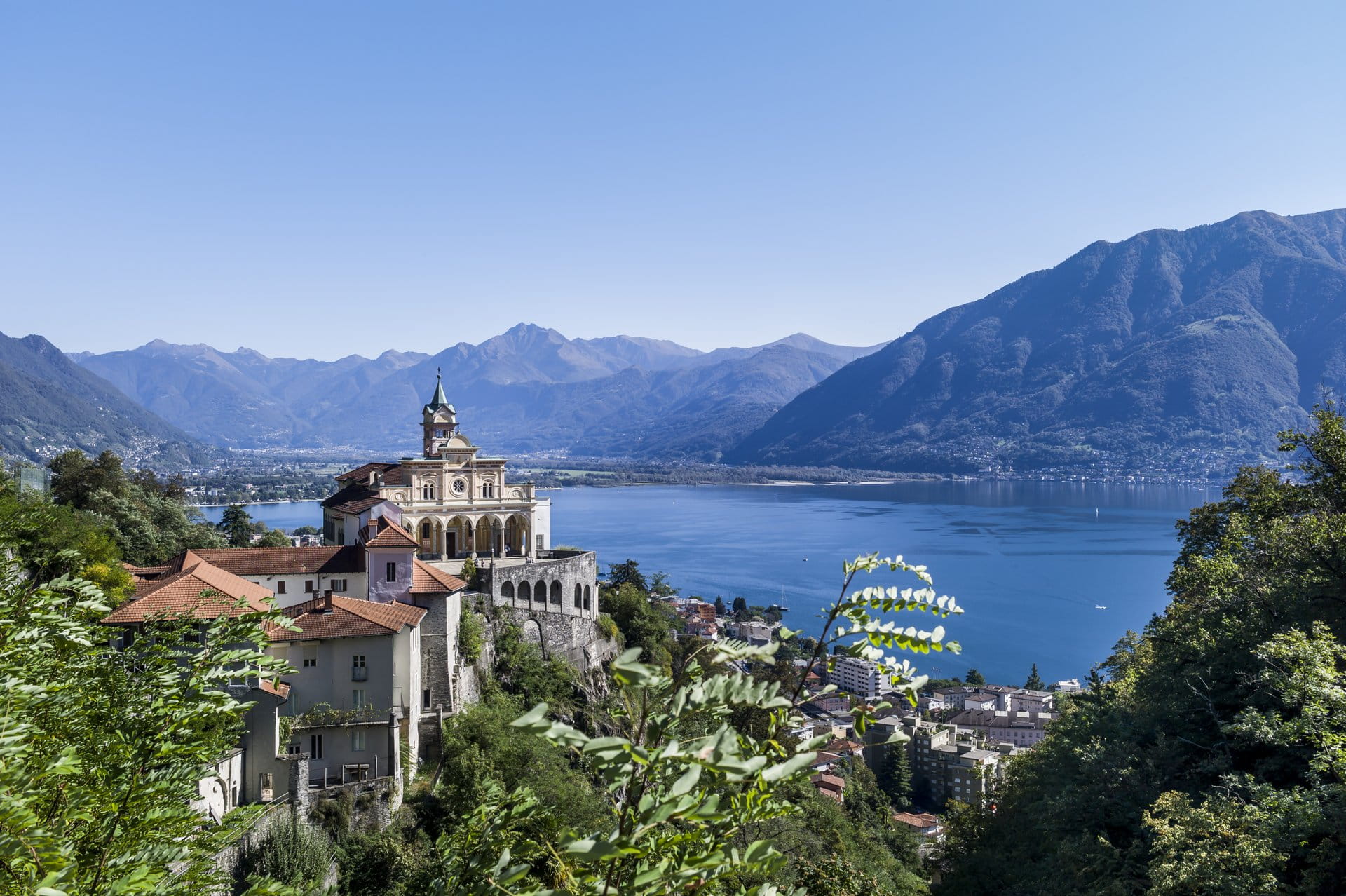 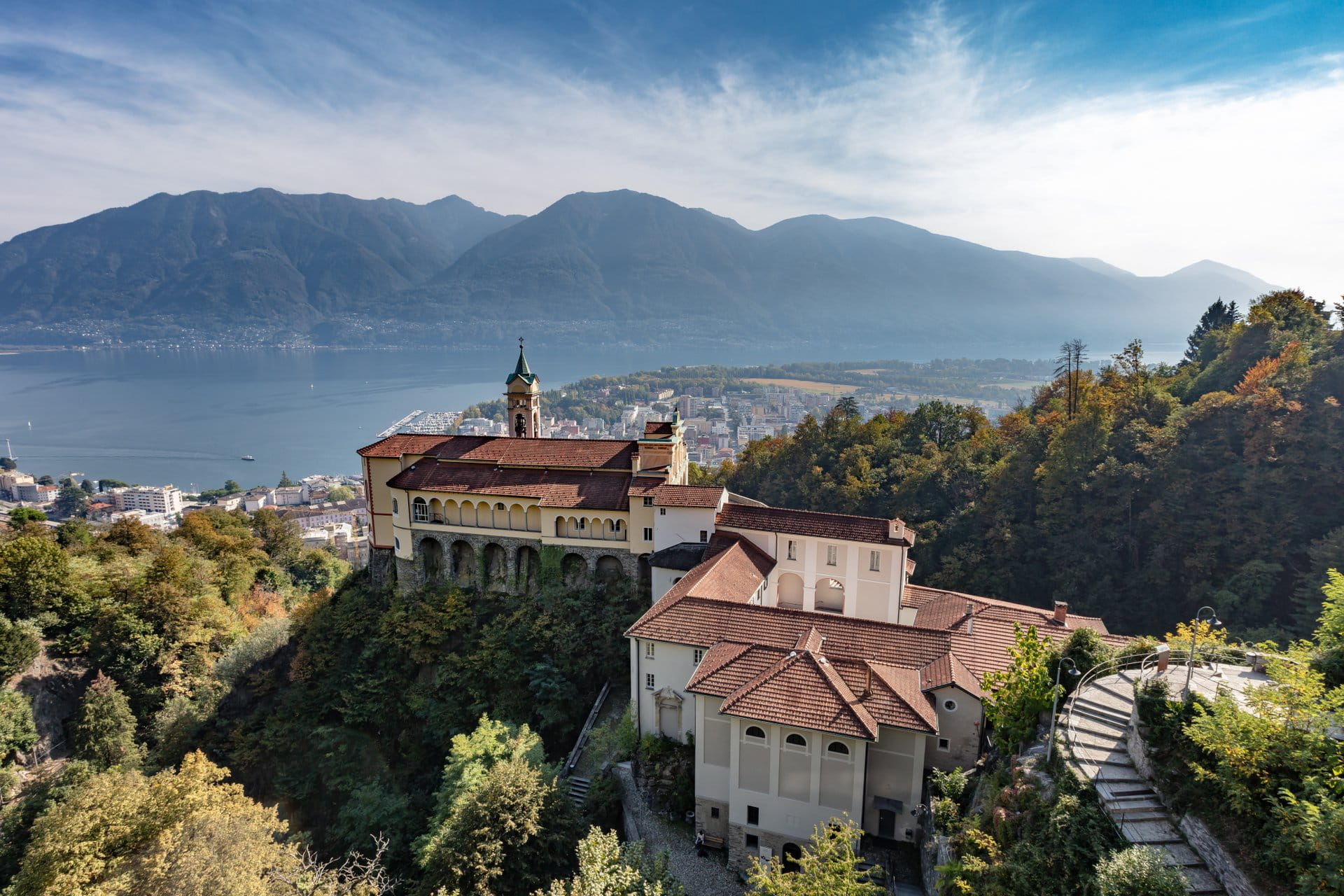 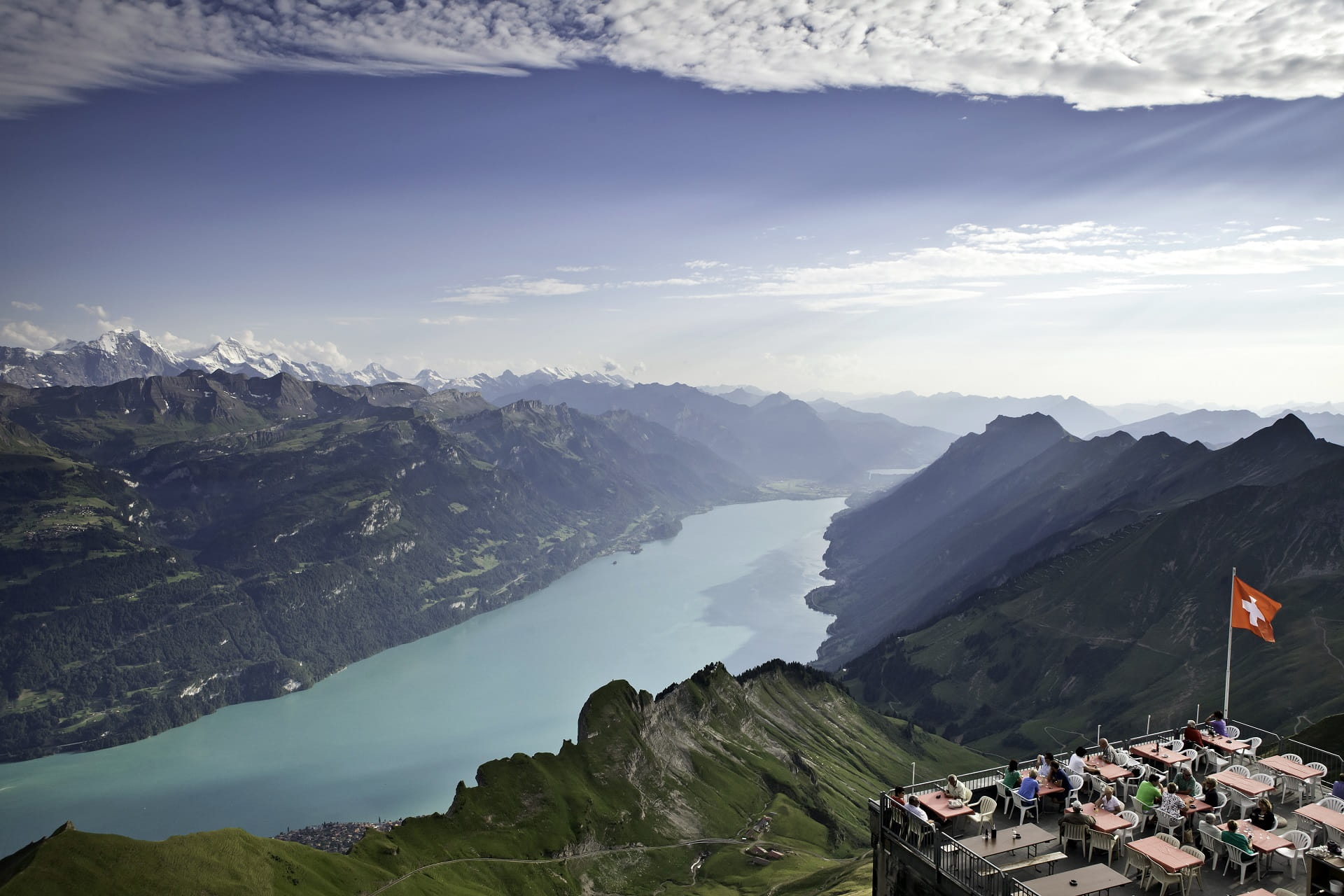 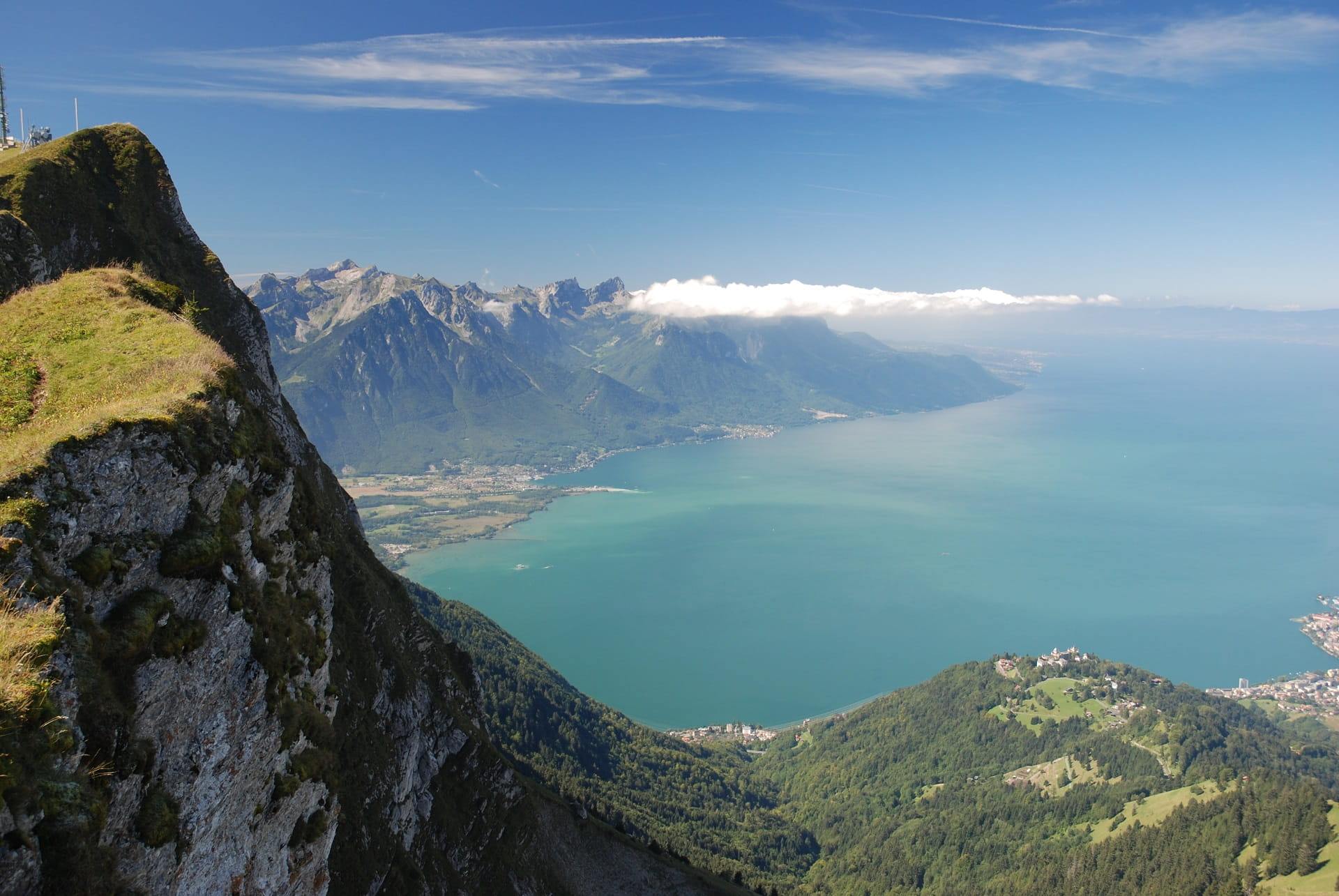 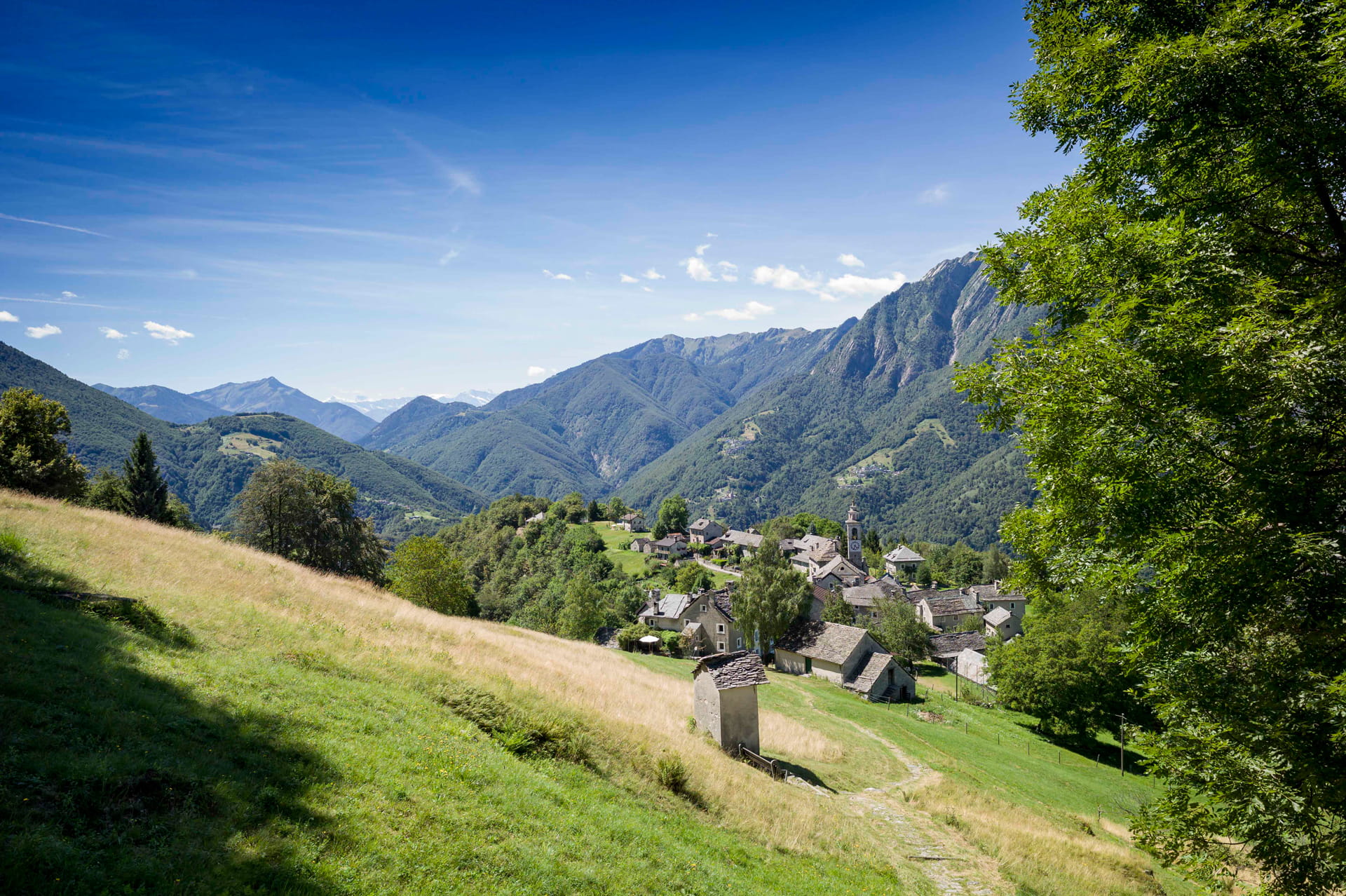 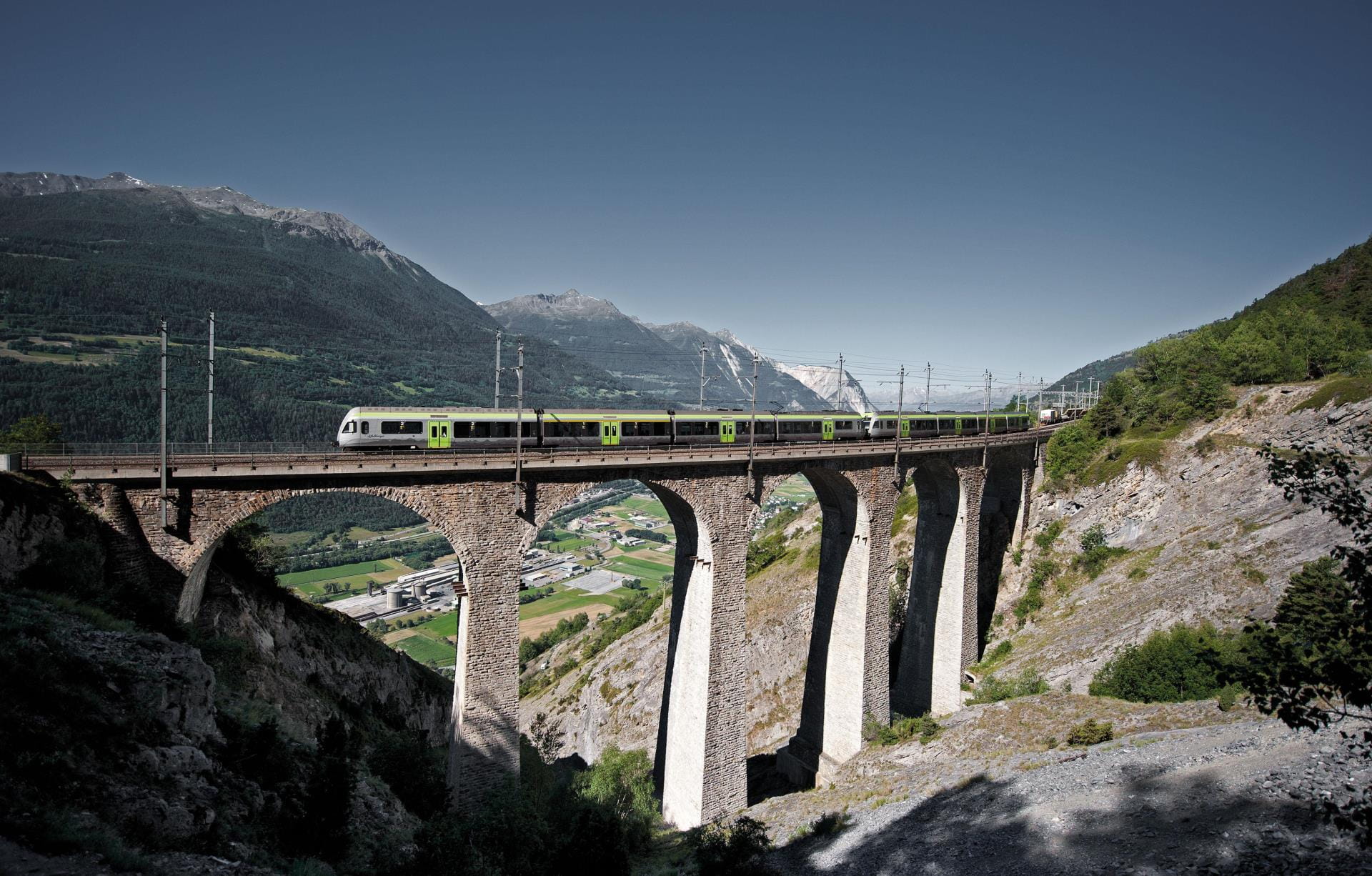 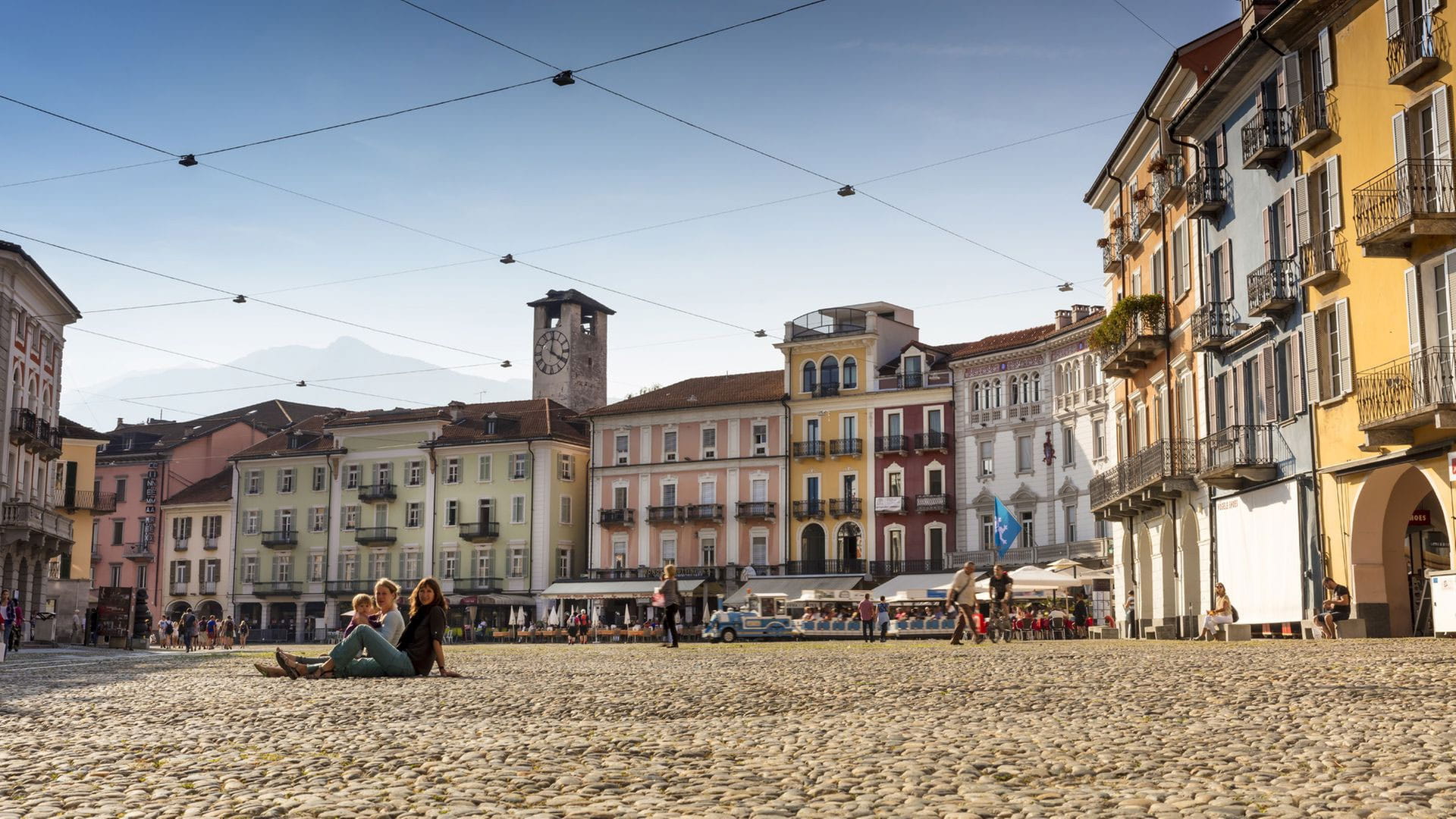 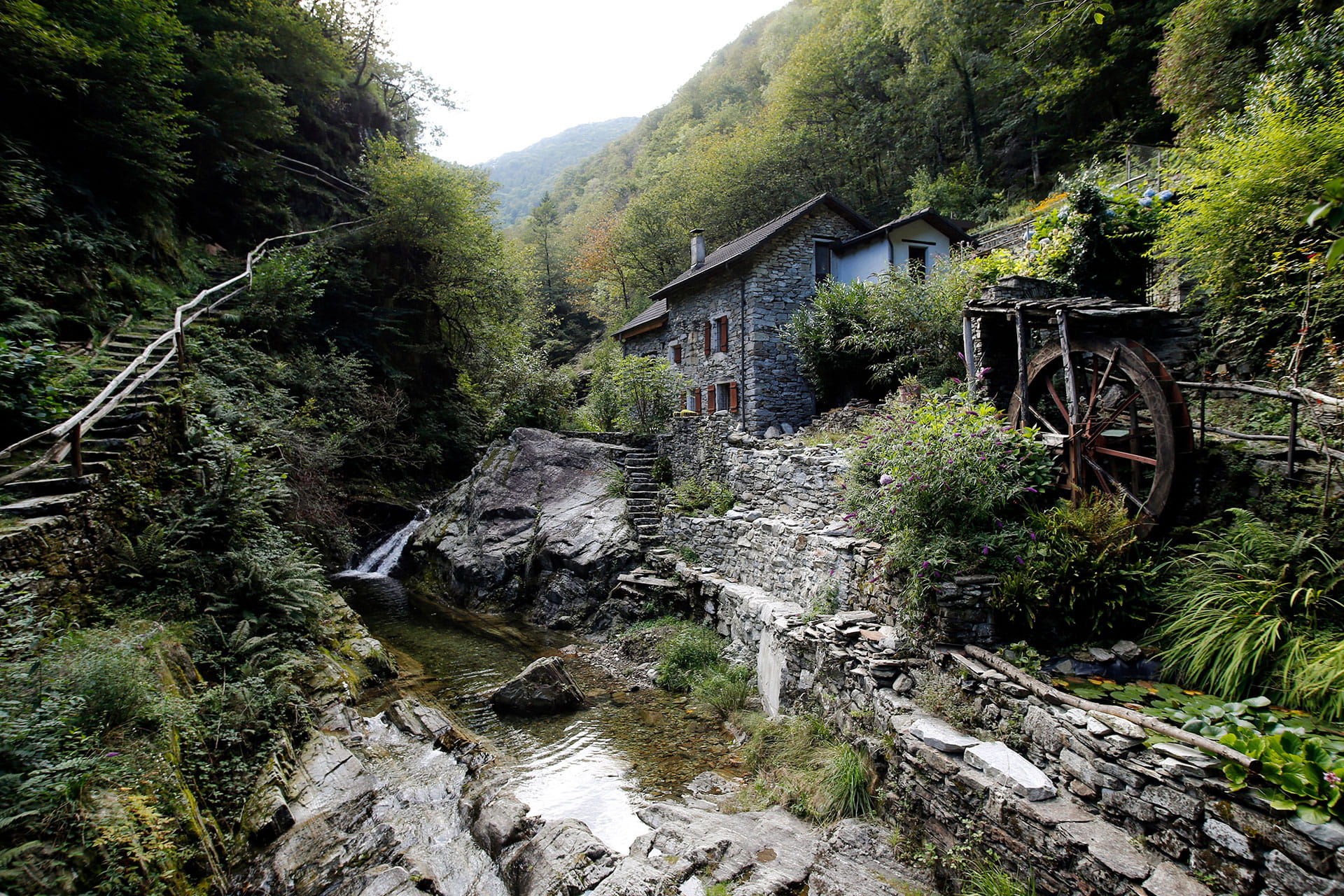 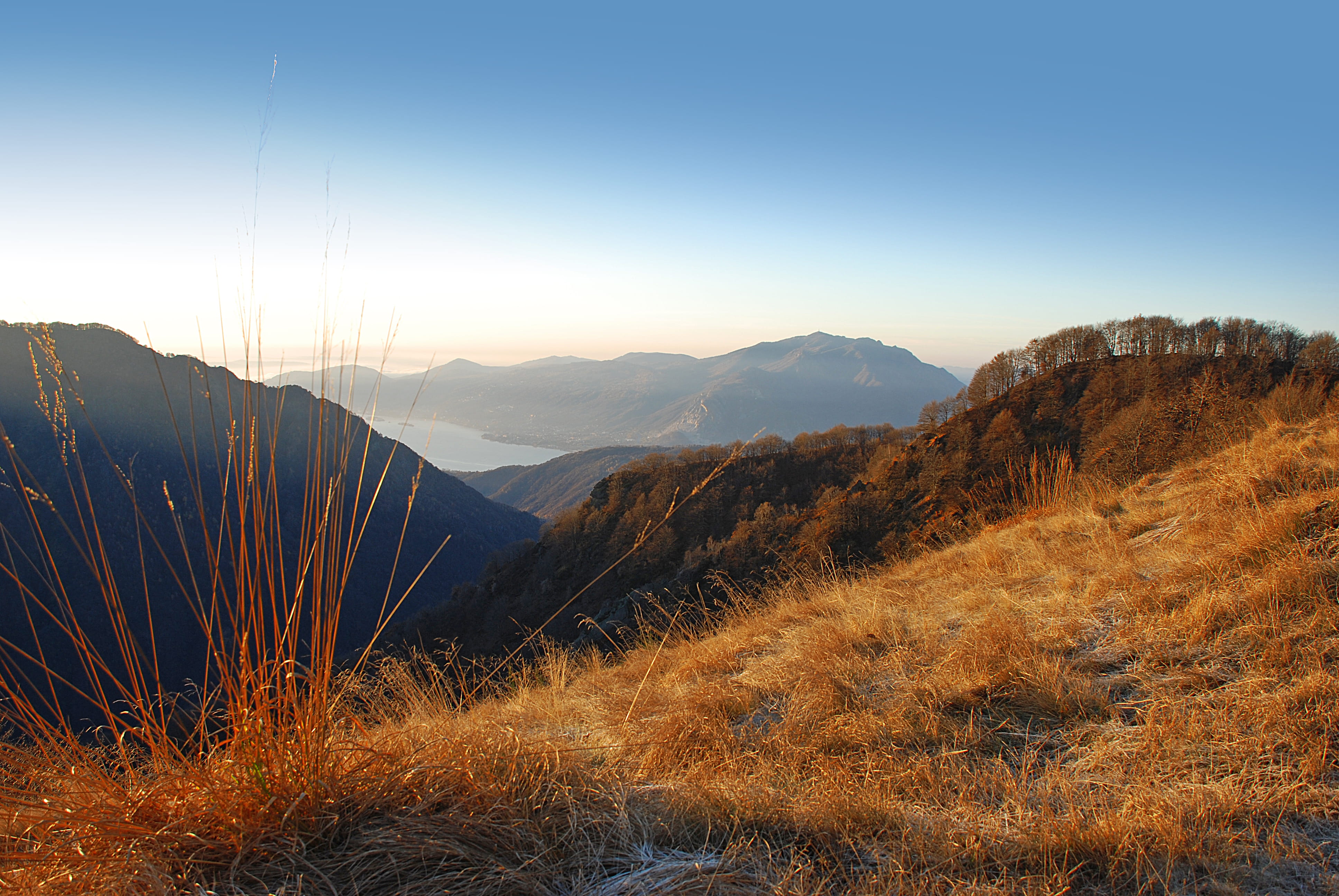