Refurbishing of the eastern bore of the Lötschberg Base Tunnel

No more sand in the Lötschberg Base Tunnel

Following an event of water and sand ingress in the eastern bore of the Lötschberg Base Tunnel, BLS is refurbishing the affected area. It is excavating a large cavity to the side of the bore so that sand can be deposited there in future.

In February and March 2020, water and sand were washed into the dual-track section of the Lötschberg Base Tunnel. As a result, the tunnel’s eastern bore had to be temporarily closed to trains three times in succession. As an immediate remedy, BLS installed a steel sedimentation tank in the affected area of the tunnel bore. As an additional measure, the company is now excavating a cavern outside the tunnel bore, into which the water can run off and the sand be deposited.

Why did sand enter the tunnel?

What is being restored?

Above the affected area, there is a karst spring that was drilled into during the tunnel-excavation work over 15 years ago. The water from this karst spring was fed into a pipe and diverted through the tunnel bore. Our experts assume that the conditions in the karst recently changed so that much more sand was suddenly carried into the pipe, forming a blockage. The pressure grew too great, as a result of which the water pipe was damaged and a tear formed in the tunnel’s waterproofing. This leak allowed water and sand to enter the tunnel bore. The refurbishment work has shown that the experts’ hypothesis was correct: after the tunnel lining had been demolished, it became clear that the water pipe was damaged and that the water was leaking out in this specific location.

How BLS is refurbishing the affected area

In the affected area, BLS is excavating a cavern to the side of the eastern tunnel bore and installing a sedimentation tank there with a 2,000-cubic-metre capacity. The mountain runoff flows into this sedimentation tank; any sand is then deposited as sediment and the purified mountain runoff diverted to the Raron portal. The cavern and its tank are similar to an indoor swimming pool – there is therefore plenty of space for the sand to settle. As part of the regular maintenance work in the tunnel, the deposited sand can in future be removed from the tunnel in rail wagons. Based on current plans, the cost of the refurbishment will be around 15 million Swiss francs.

With the refurbishment project, BLS developed a good solution within a short period of time which can be implemented before the next snowmelt in the spring of 2021, thus significantly reducing the risk of more sand entering the tunnel. However, residual risks cannot be entirely eliminated because karst is unpredictable. If the situation inside the mountain changes and much more sand than expected is washed into the sedimentation tanks next to the eastern bore, BLS can expand the cavern. 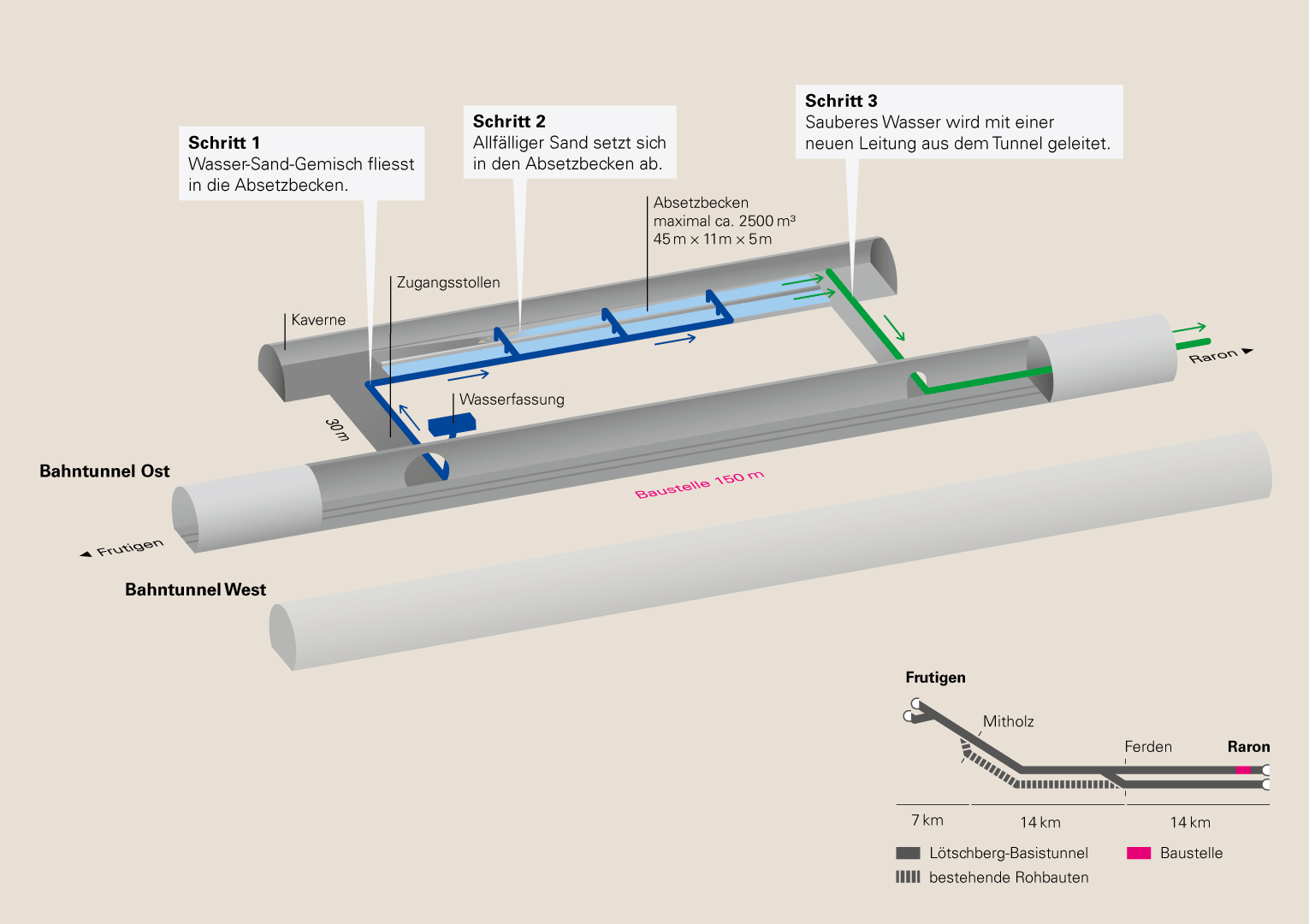 BLS wishes to refurbish the tunnel as quickly as possible to prevent any more water and sand making its way onto the tracks. The refurbishment work will last from August 2020 to January 2021. The eastern bore will be closed off from 7 September to 23 December 2020; trains will be diverted through the western bore on a single track. During this period, the majority of SBB passenger trains will continue to run through the Base Tunnel. A second closure of the eastern bore is planned from 3 January to 28 February 2021. Thanks to the staggered construction schedule, trains can travel through the Lötschberg Base Tunnel during the busy Christmas and New Year season. 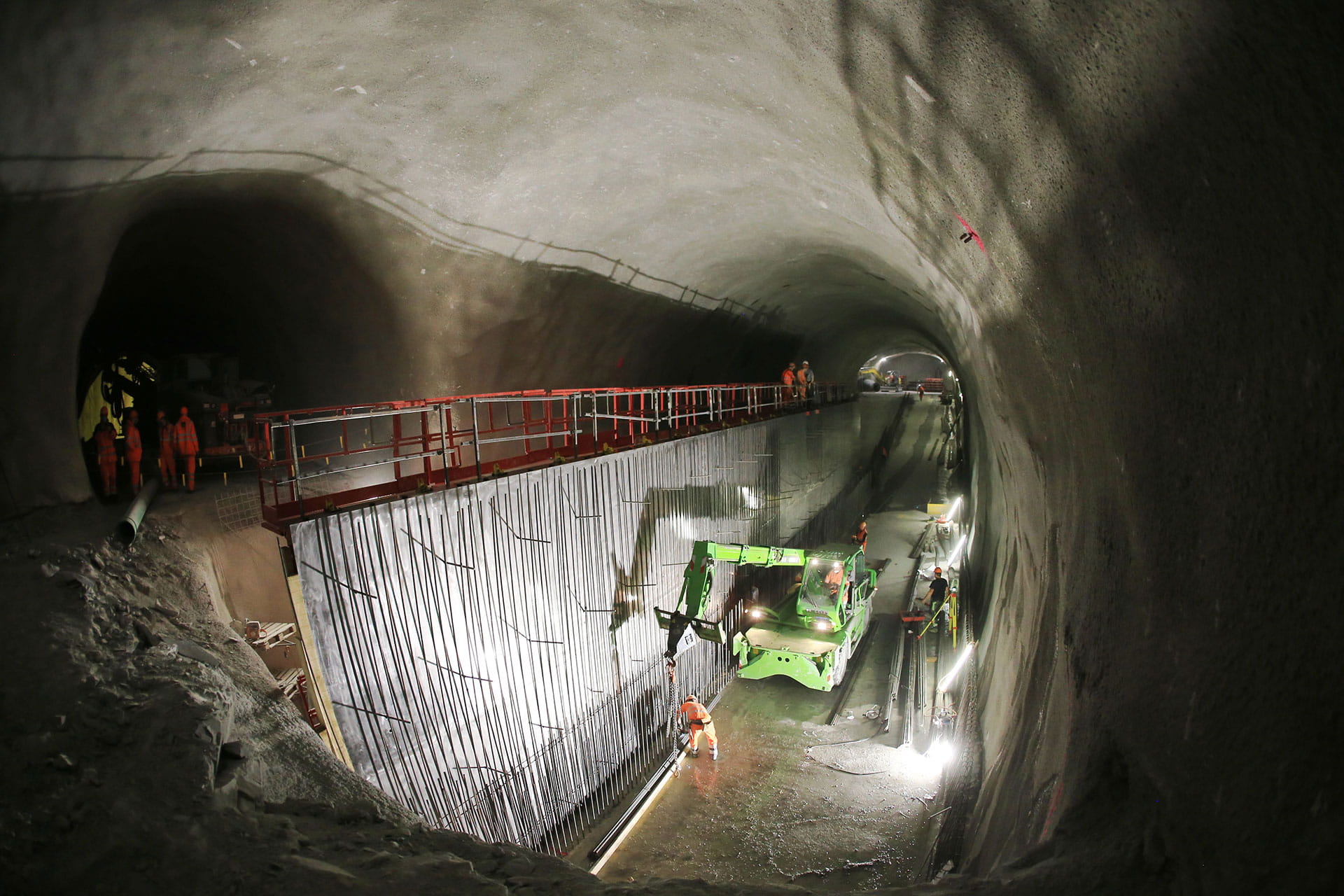 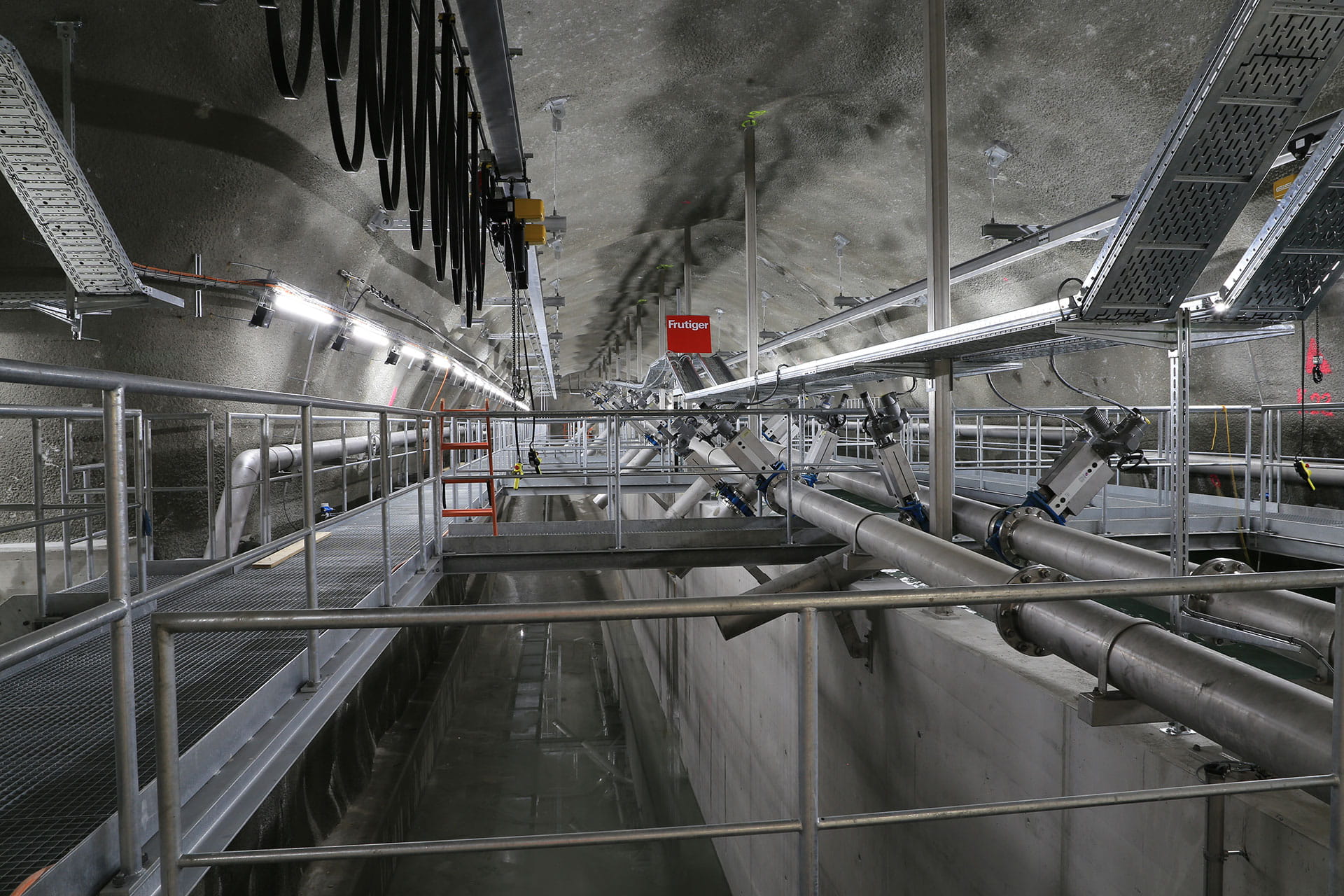 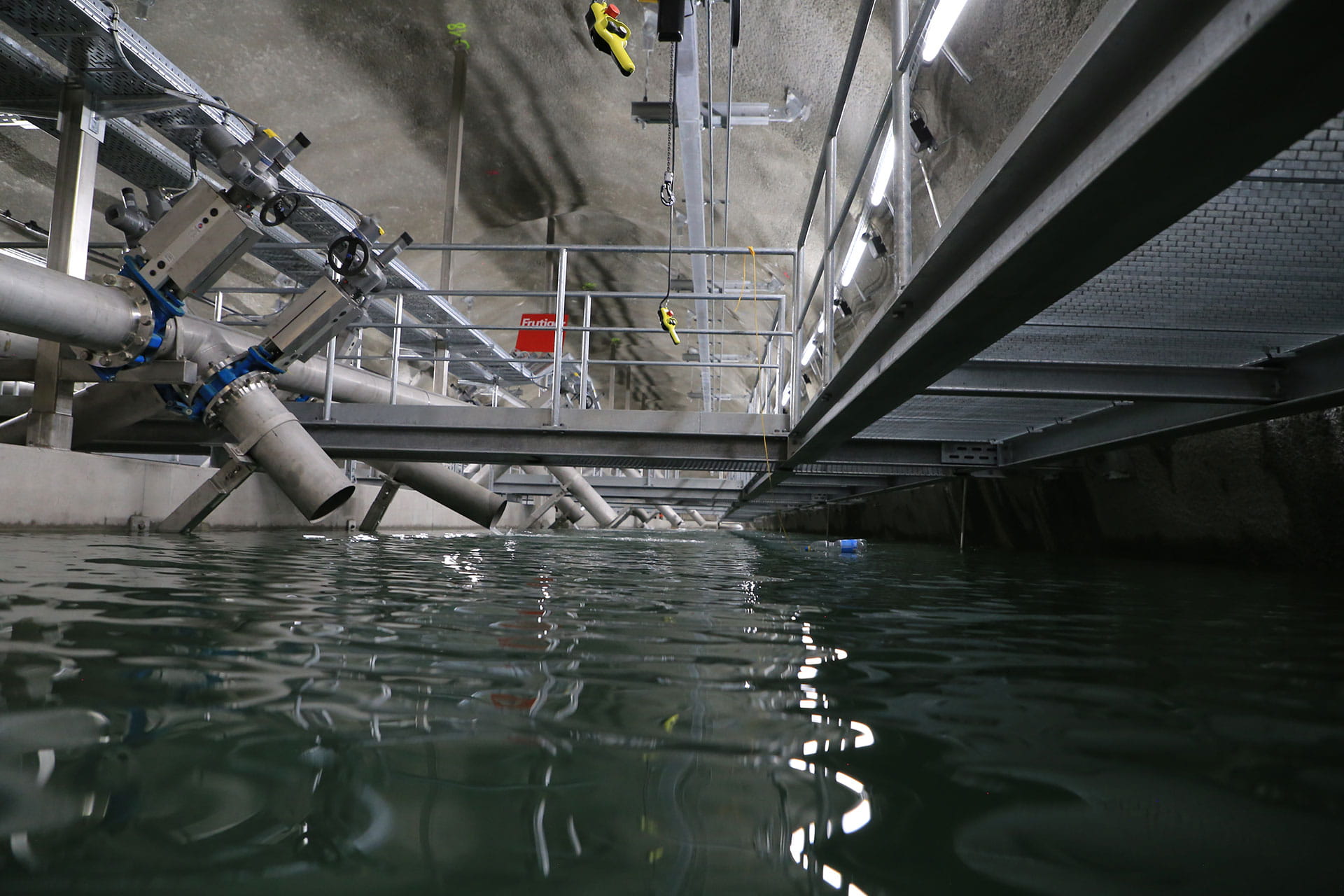 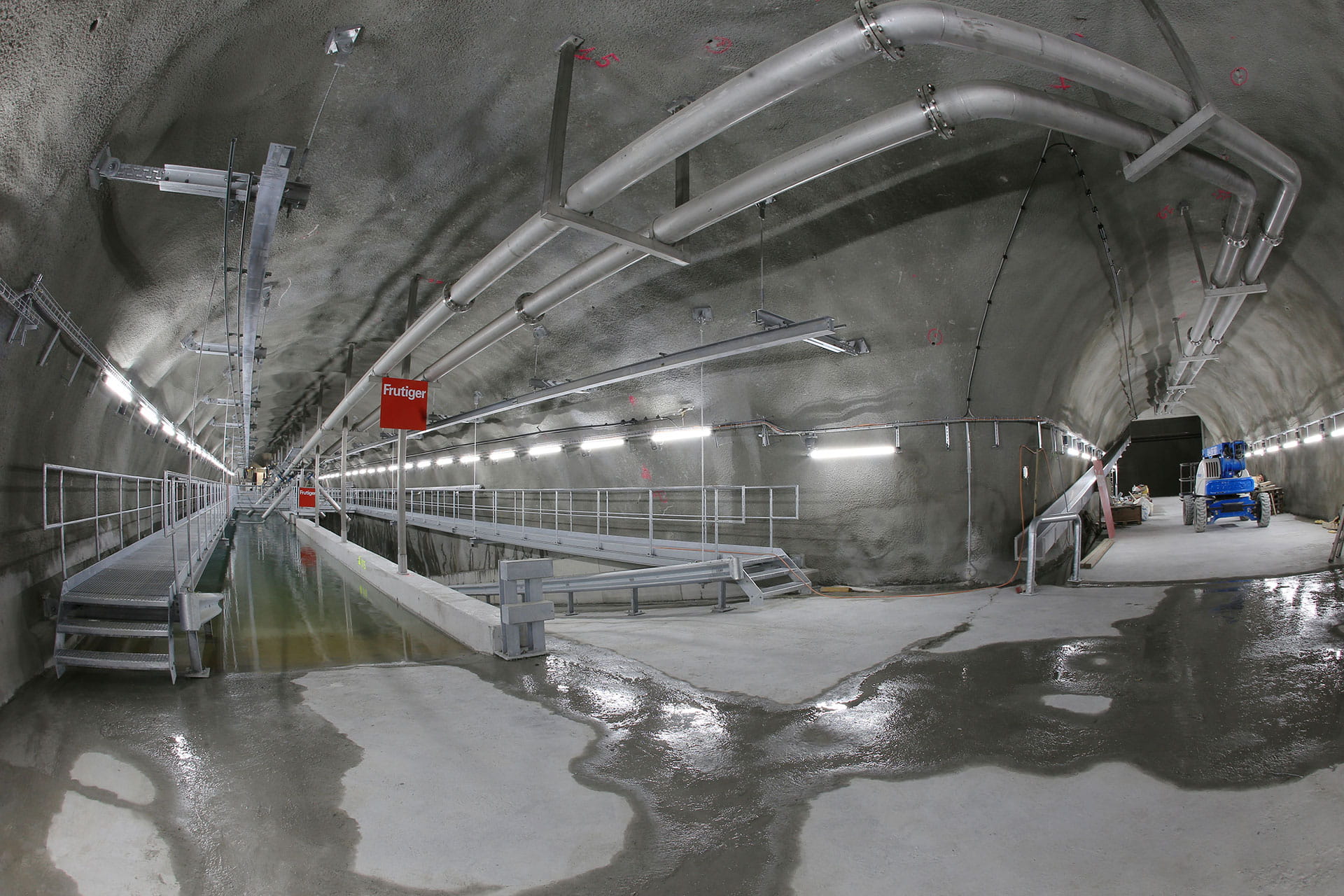 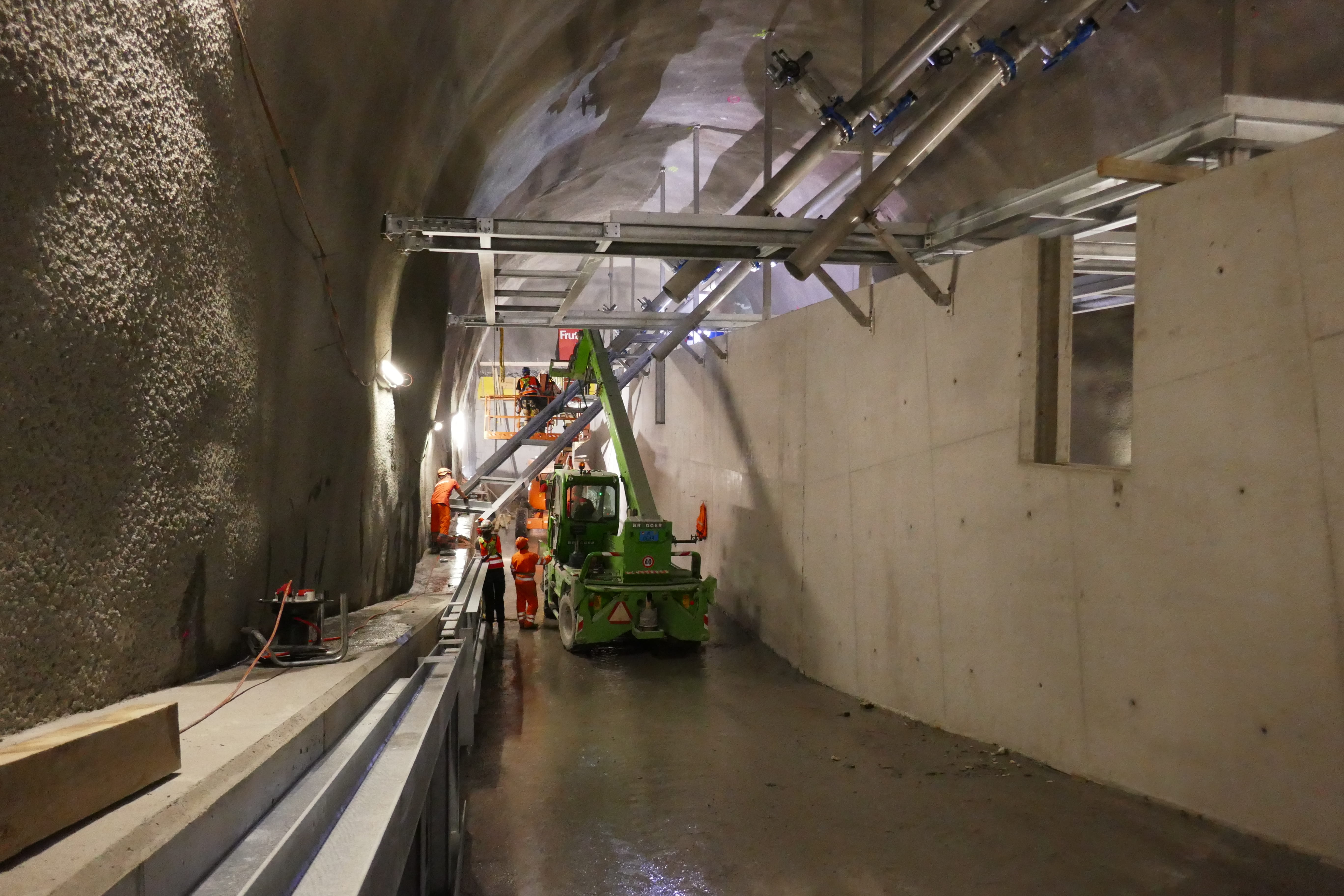 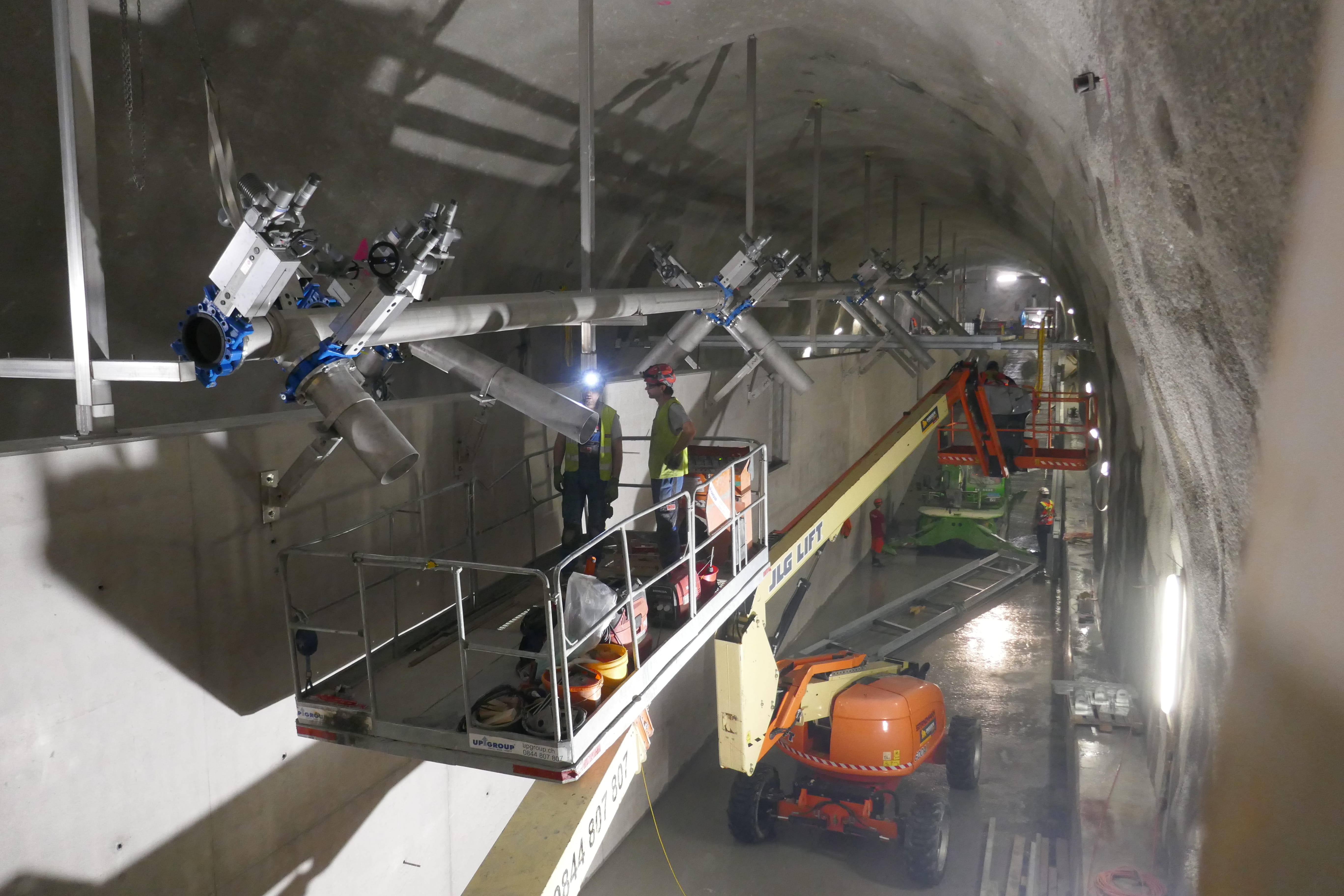 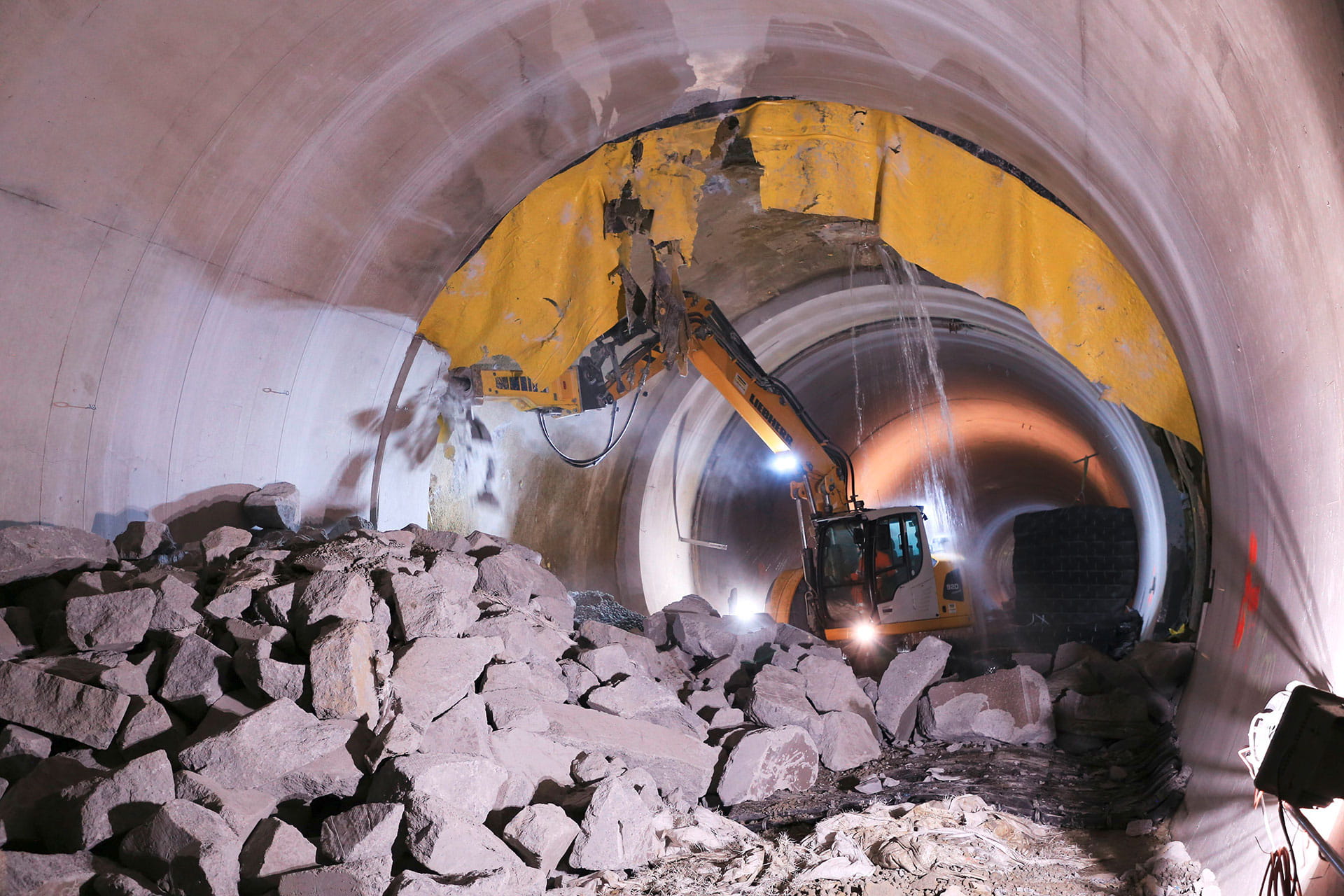 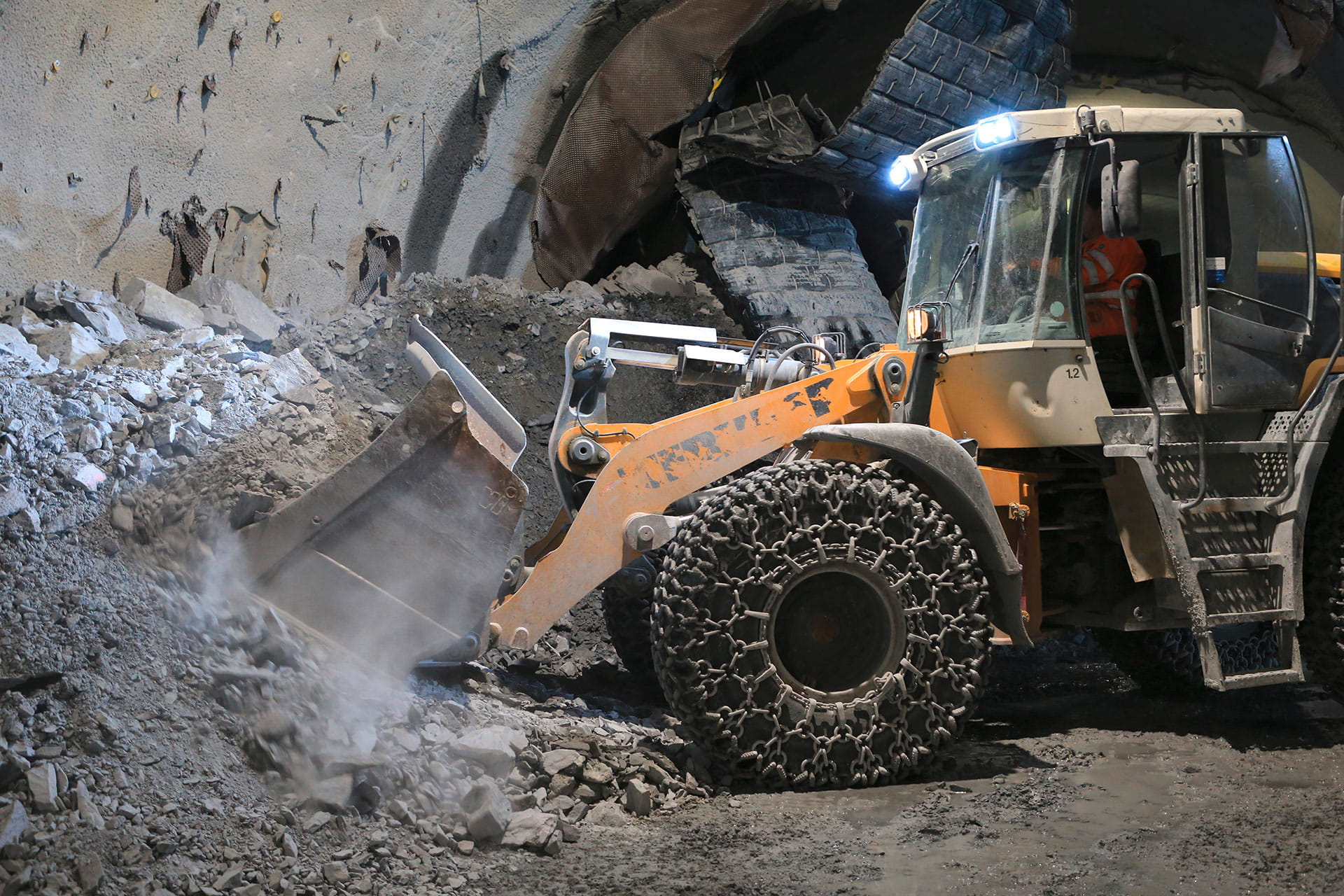 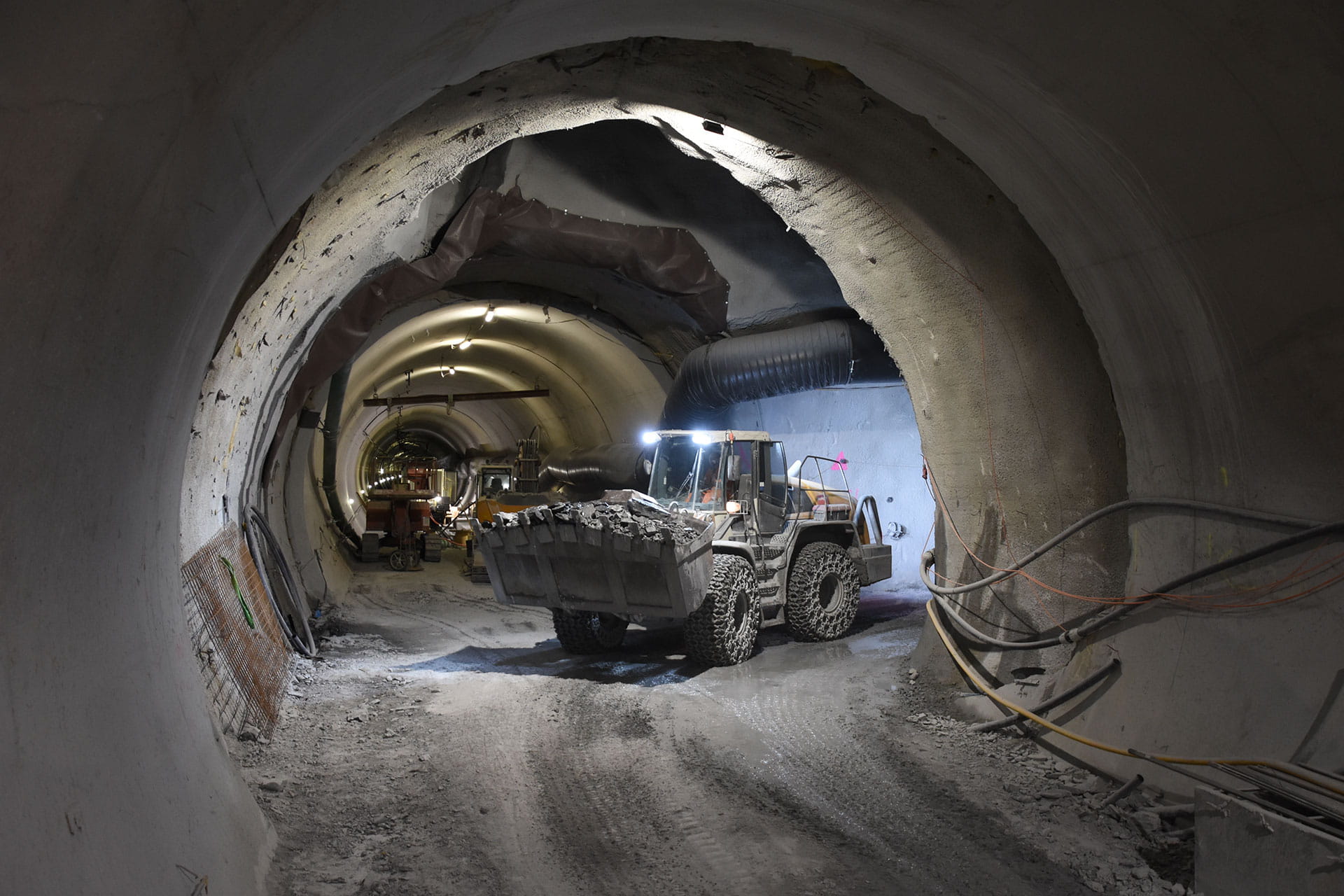 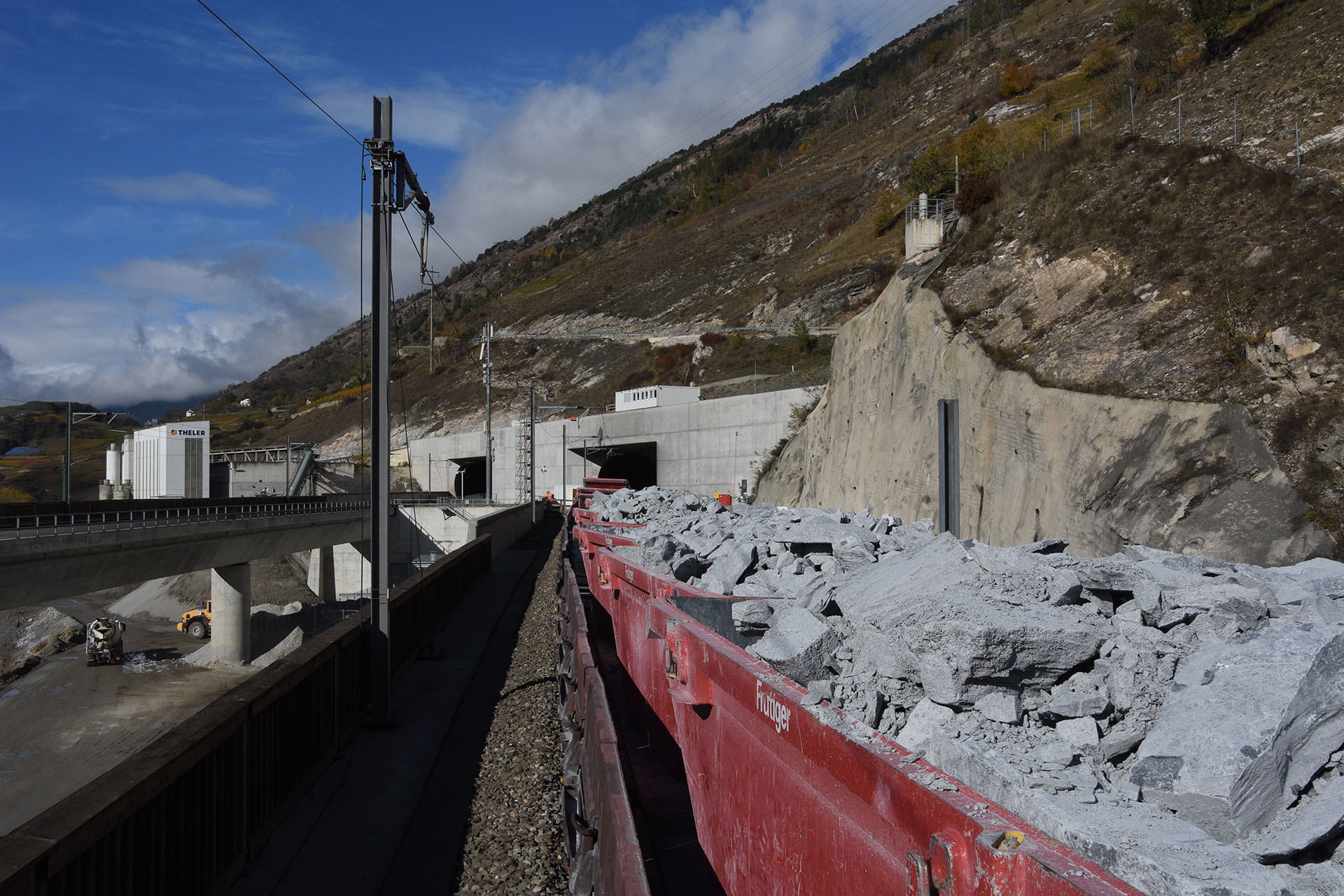 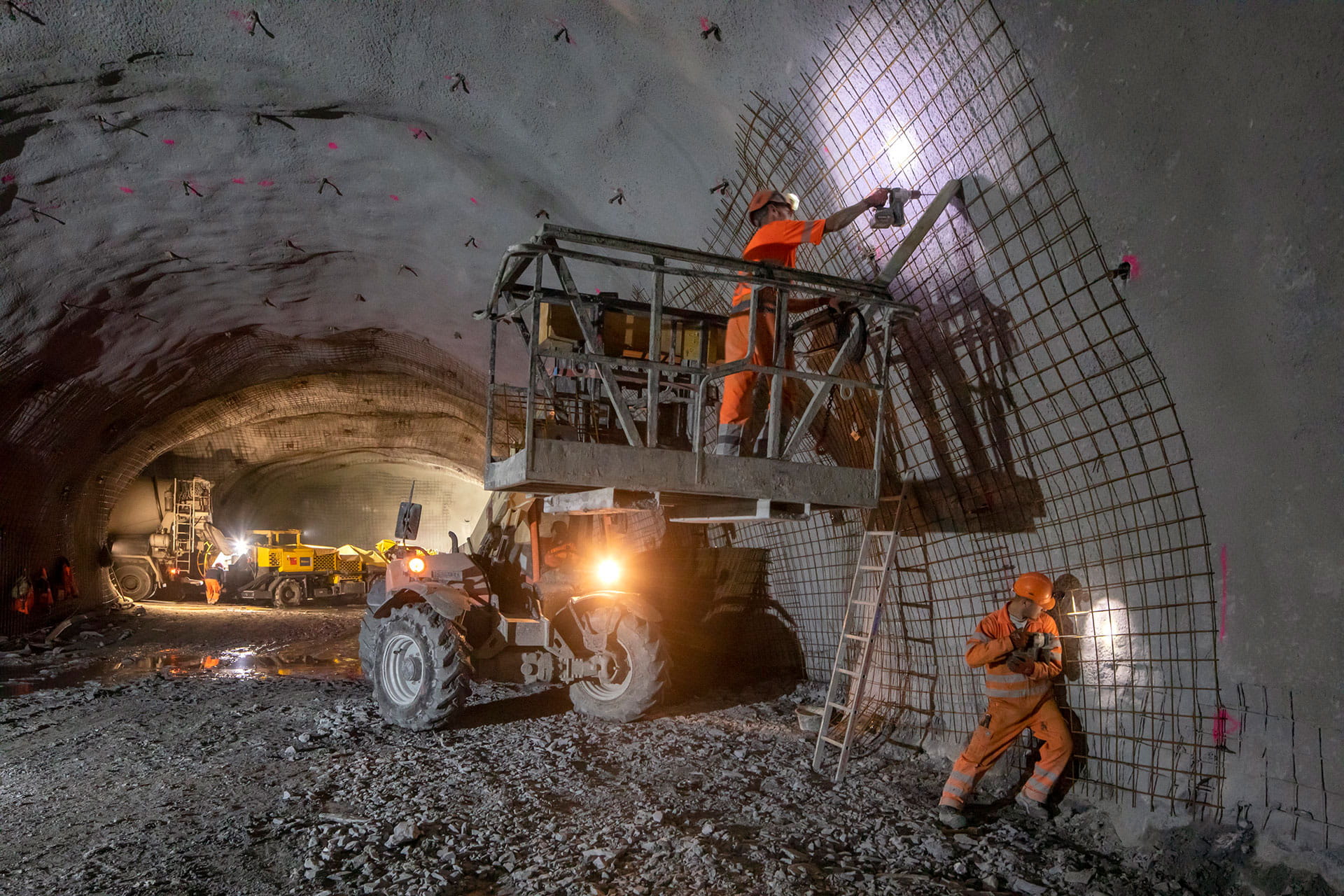 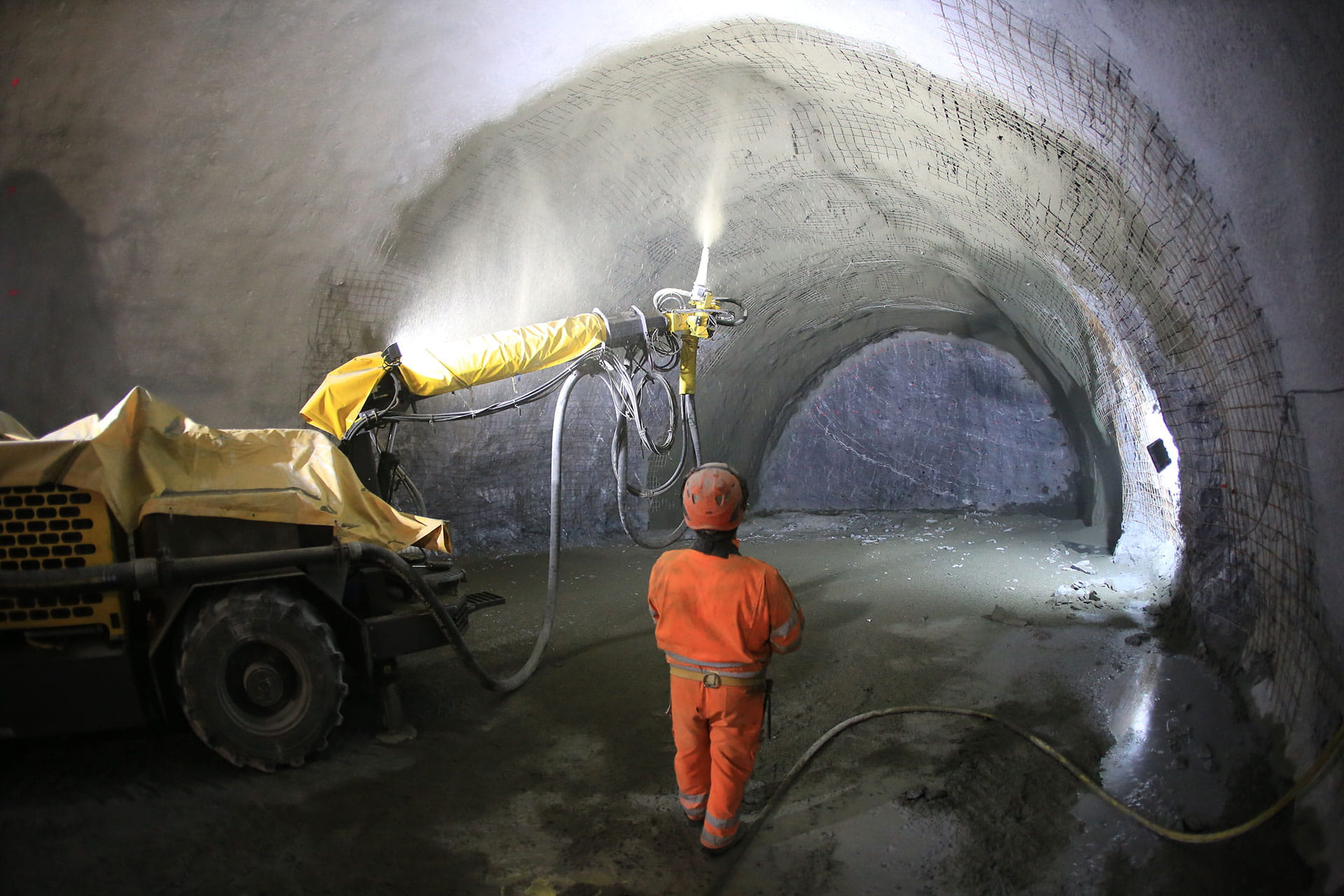 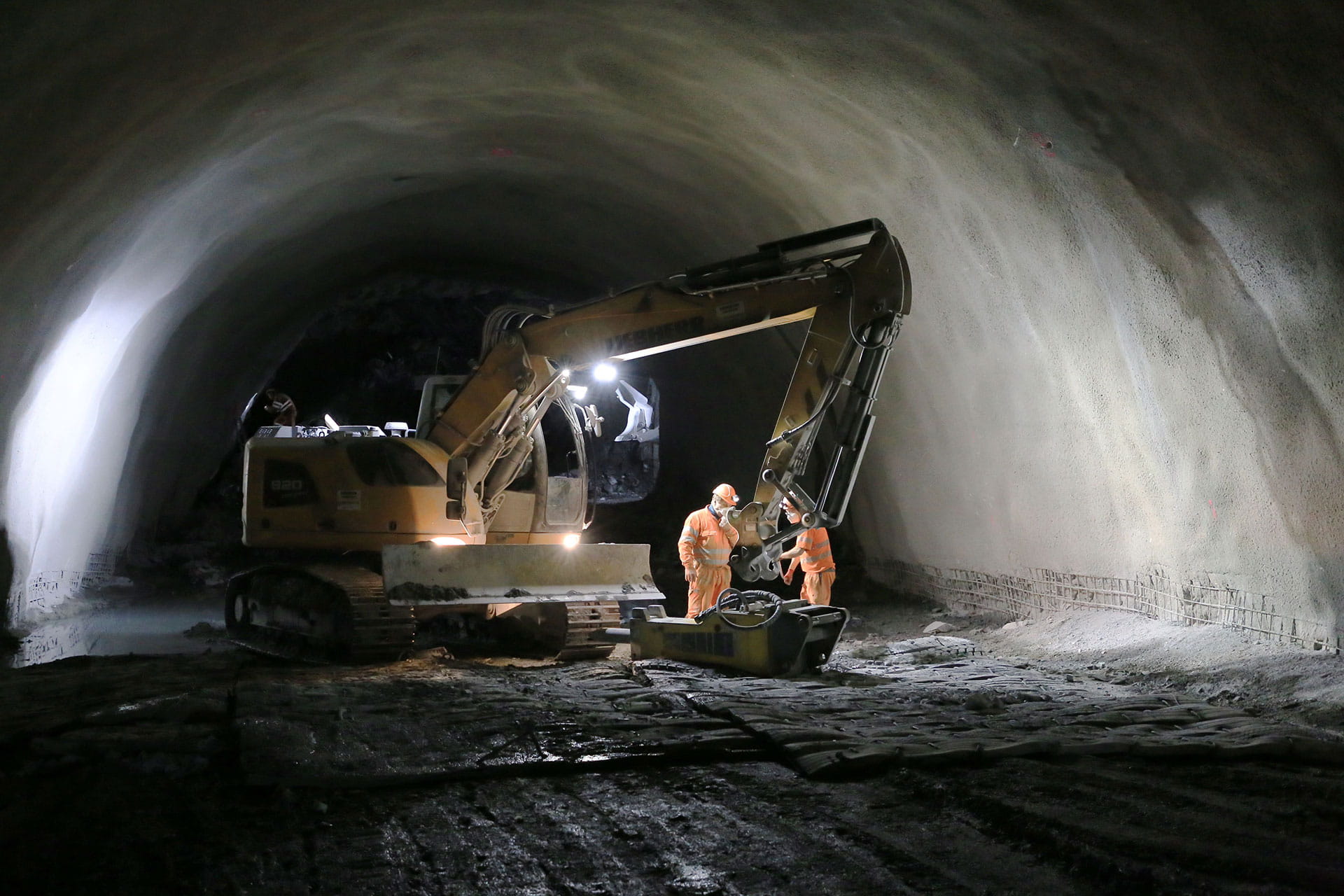 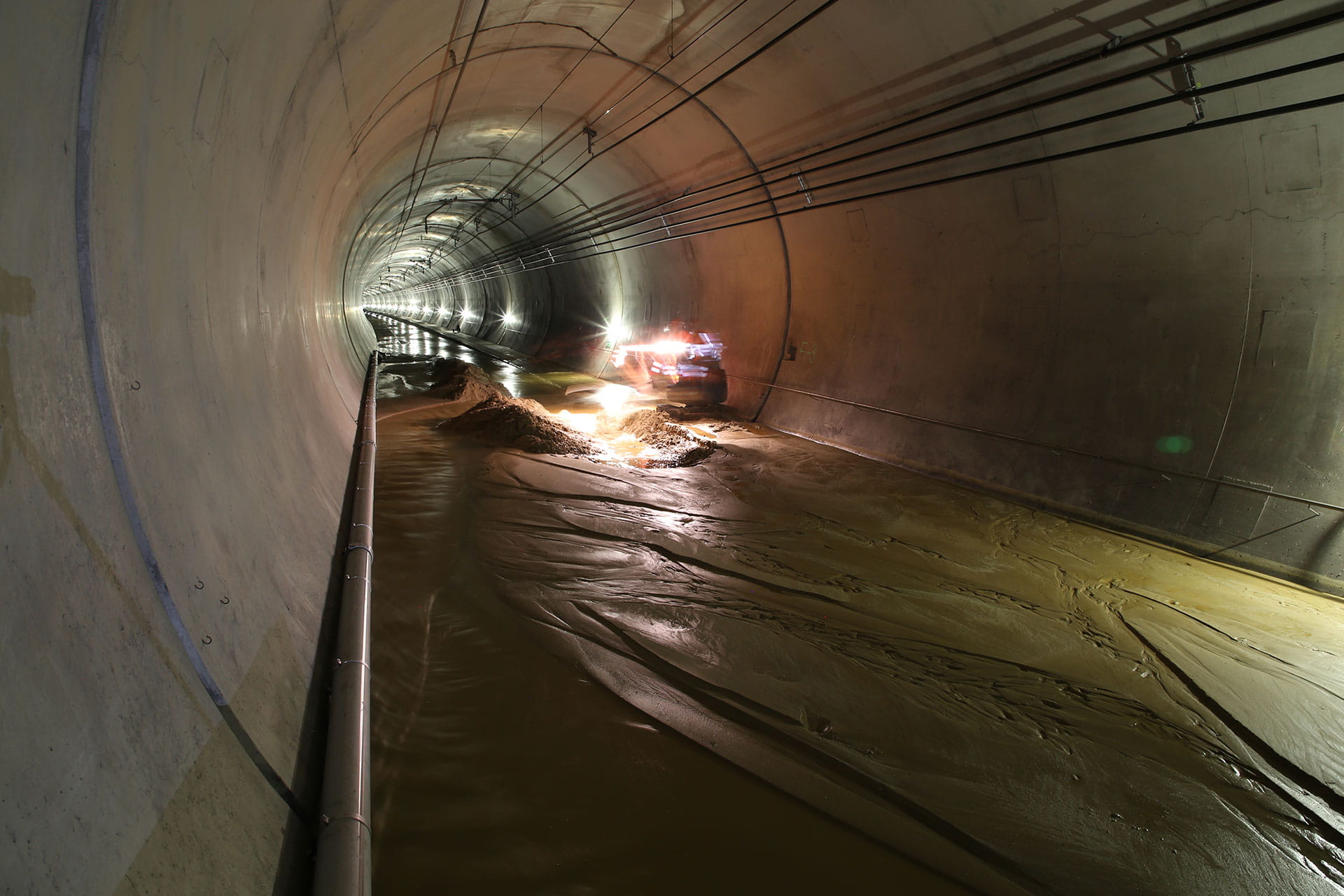 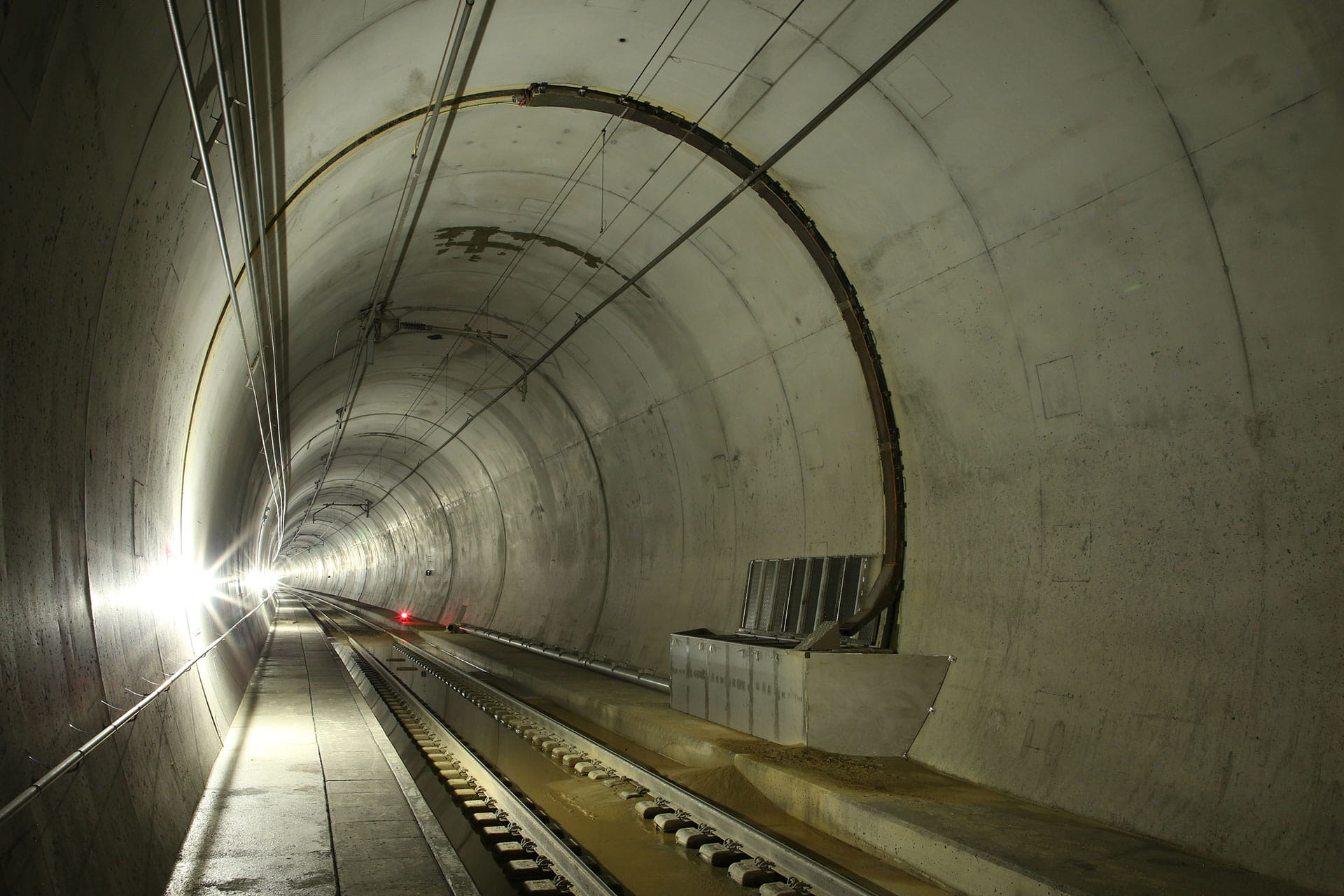 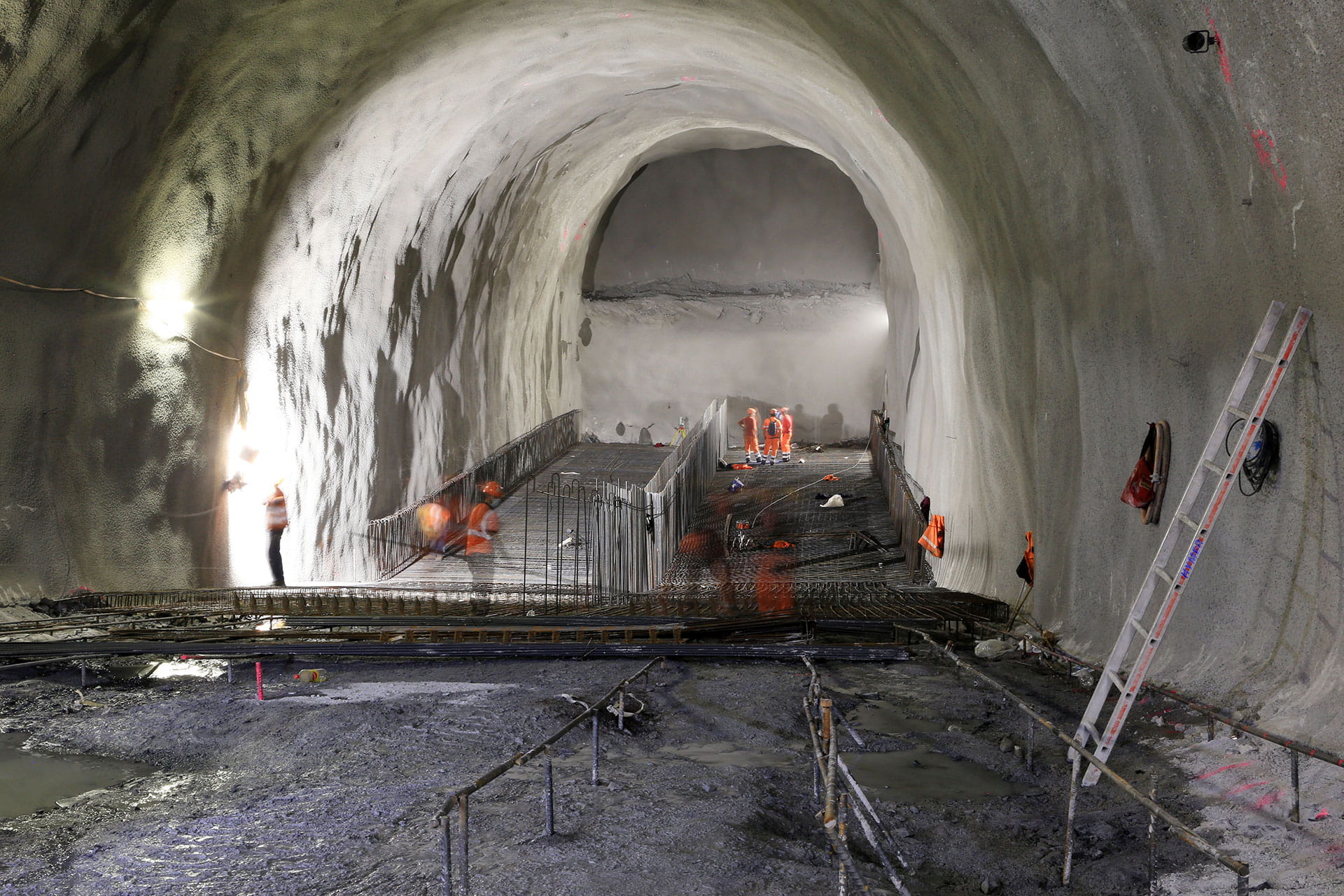 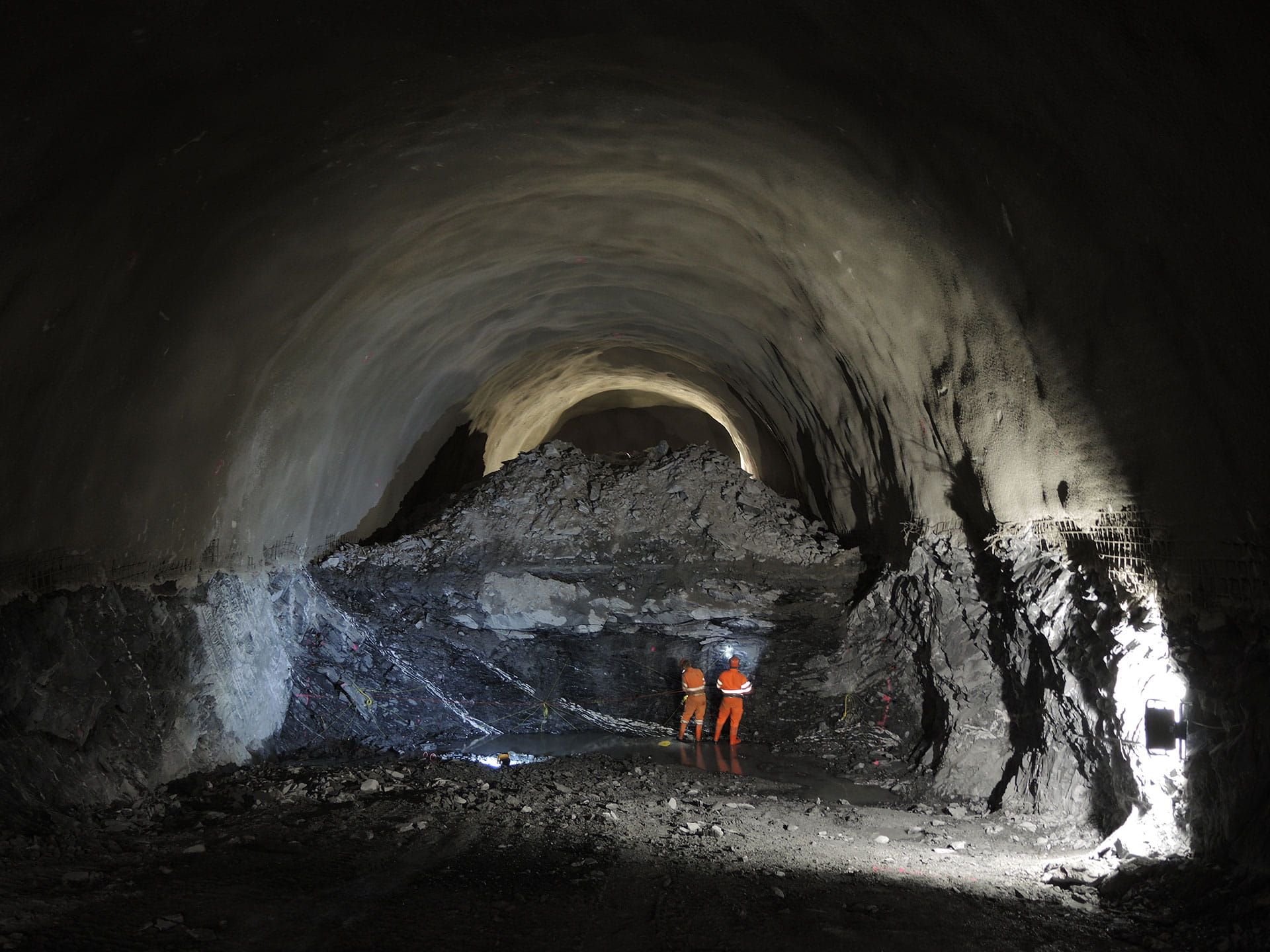 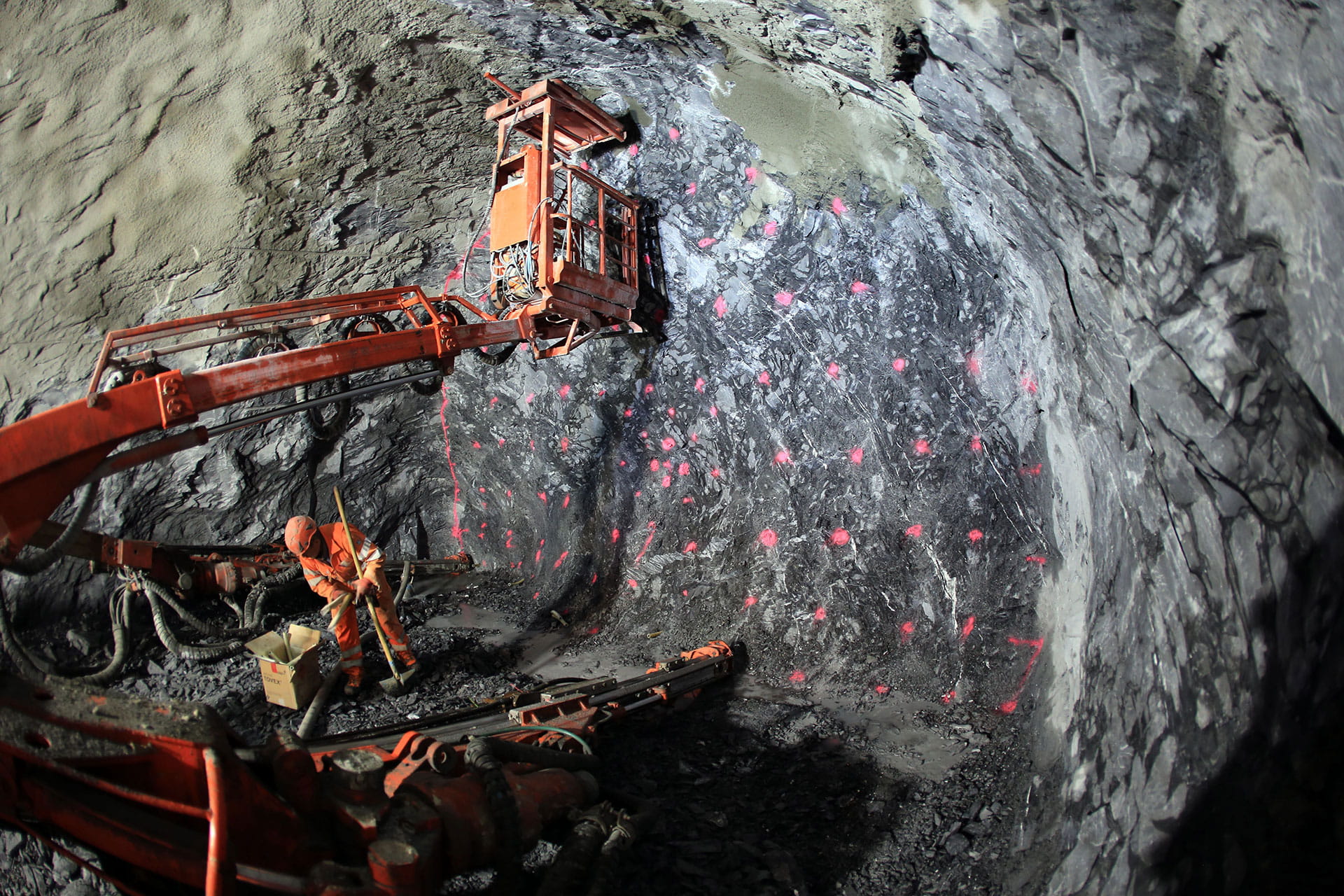 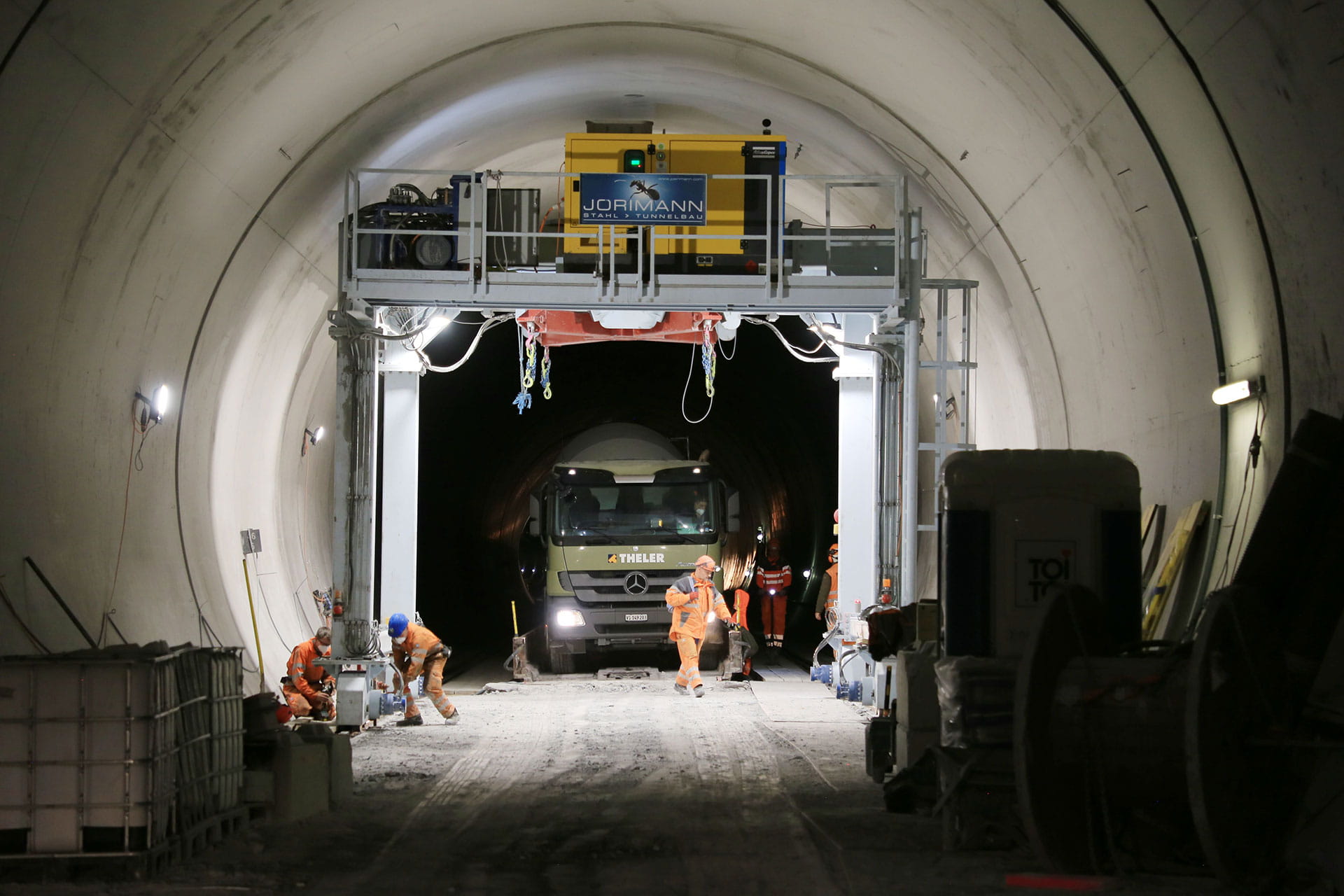 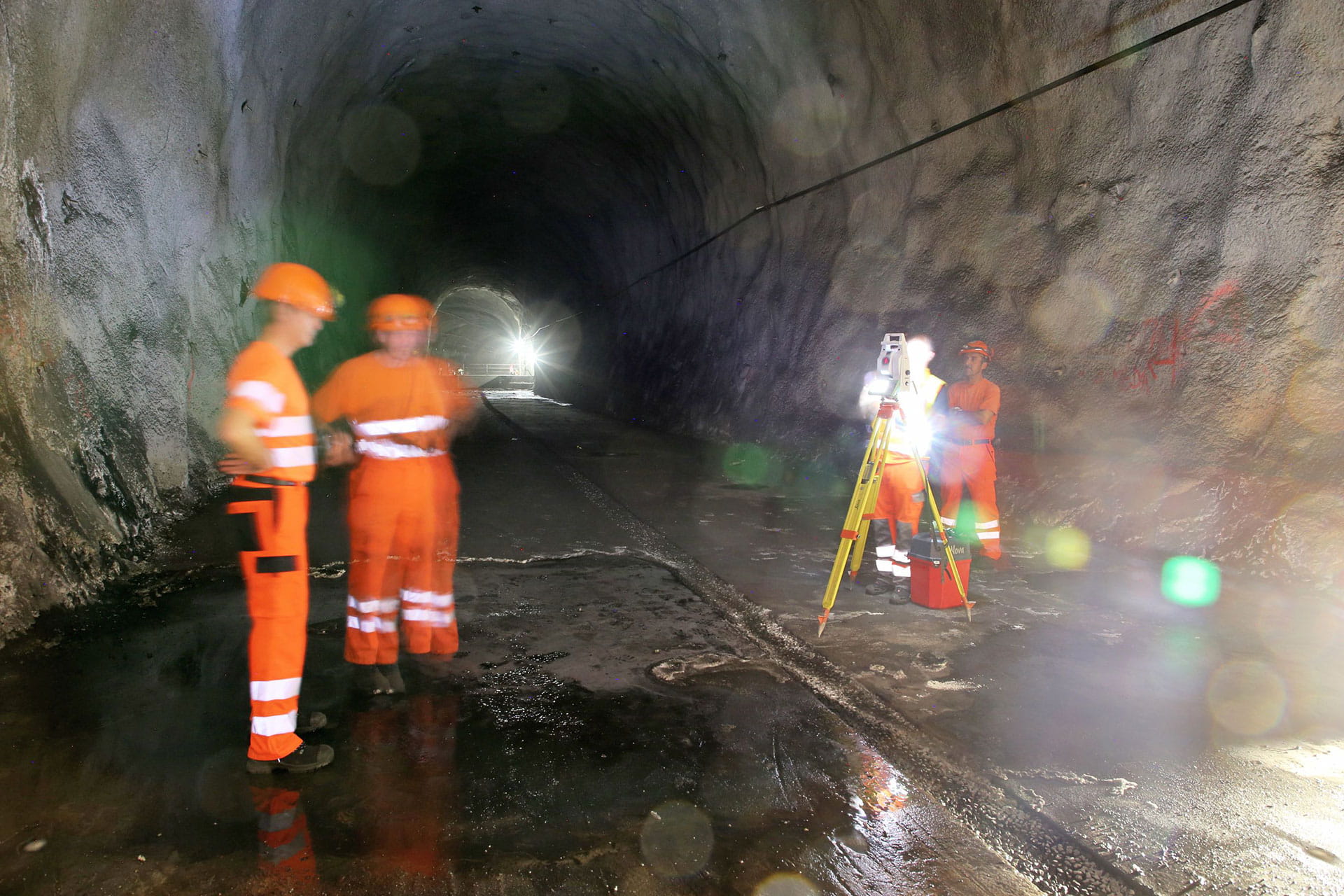