Extension of the Rosshäusern–Mauss line to twin tracks

BLS built a dual-track line between Rosshäusern and Mauss between 2012 and 2018. The core component is the two-kilometre Rosshäusern Tunnel. It replaces an old winding section together with its single-track tunnel built in 1901, which was in need of restoration. The new dual-track line reduces travel time and forms the basis for future service improvements.

For more than two-thirds of its length, the 43-kilometre-long Bern–Kerzers–Neuchâtel railway line features only a single track. This limits capacity, makes timetabling difficult and leads to delays. One particular bottleneck was the 3.7-kilometre-long section between Rosshäusern train station and the Saane Viaduct. This section has recently been expanded to two tracks. 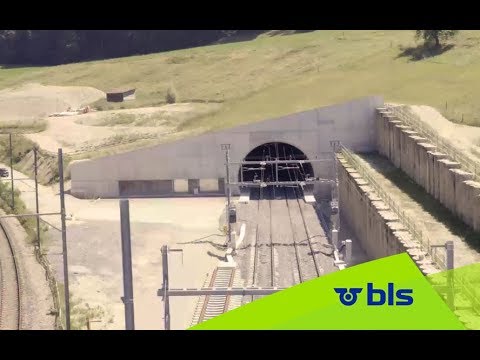 Key data on the dual-track expansion

What the project will achieve

The new route, which is for the most part straight, shortens the line by 300 metres and enables trains to travel at 160 km/h rather than 90 km/h. This reduces travel times on the Bern–Neuchâtel line.

On 2 June 2015, the final explosive charge was detonated in the tunnel. The last metres of rock in the upper half of the 1910-metre-long mountain tunnel passage was thereby excavated.

After the breakthrough in mid-2015, the interior construction of the tunnel was completed by mid-2017. Thereafter, BLS installed the track, overhead lines and all control and safety systems in the tunnel, so that it could be commissioned in autumn 2018.

From 2018, the decommissioning of the old section will get under way. The single-track tunnel, which is over 110 years old and features tunnel portals of hand-chiselled stone, will be preserved as a historic monument. To this end, it will be restored as much as necessary. However, it will not be accessible to the public. The decommissioned section will be completely dismantled, and the canalised Flüelebach brook restored to its natural condition. The Schnuremüli bridge will also be restored.

BLS will complete the project – including the finishing work, such as the ecological restoration and removal of construction-site trails – by 2020.

How is a tunnel constructed?

BLS began the excavation work on the tunnel in spring 2013. Excavating the rock, which is predominantly sandstone and marl, posed a great challenge, as the material becomes quickly unstable when in contact with air and water. Due to these difficult geological conditions, the excavation method was changed in January 2014. Instead of fully excavating from the east, as was the original plan, the project switched to using so-called calotte excavation with a pipe screen.

Following the breakthrough, the step-like indentations in the tunnel’s dome created by the drilling of the pipe screen need to be filled in with sprayed concrete. This is because the interior construction of the tunnel and the cladding of waterproof foil require as even a surface as possible. Filling these “wedges” takes three to four months.

Thereafter, the excavation of the bench, the lower tunnel half, can begin.

And this is how blasting works: 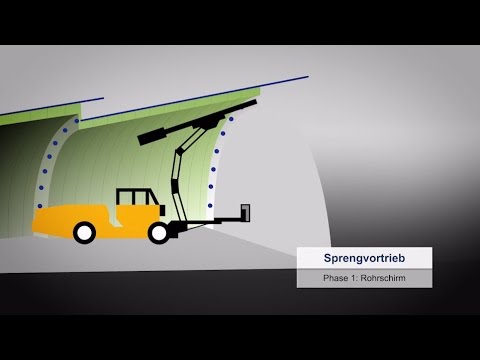 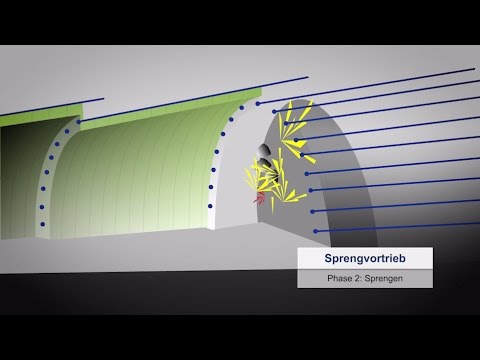 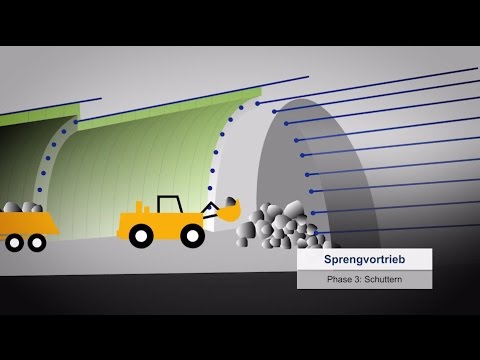 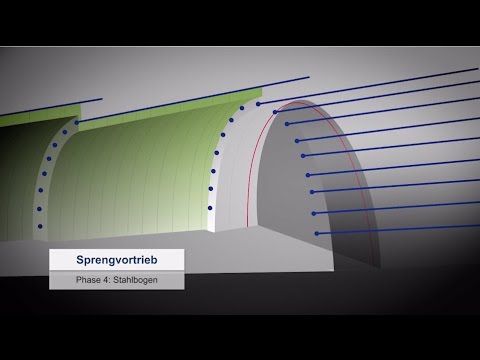 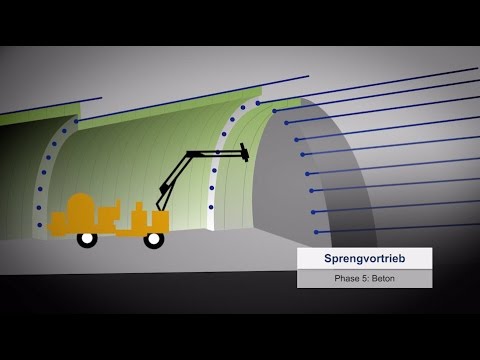 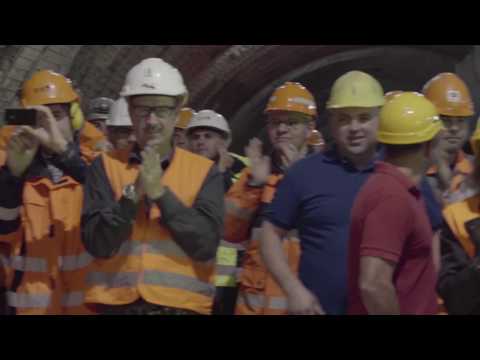 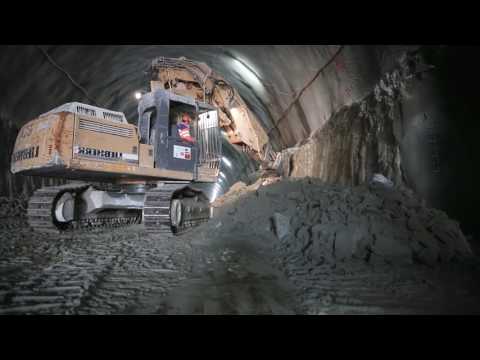 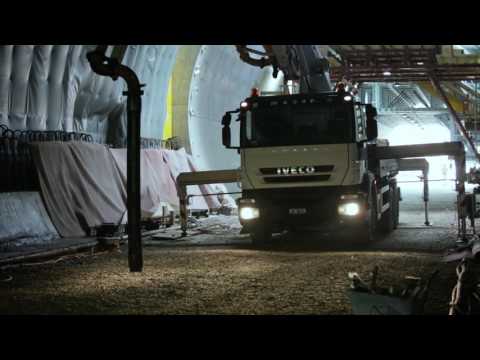 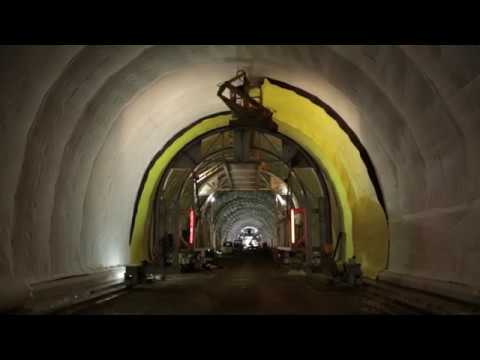 On its western perimeter, the construction project borders on a nature reserve that is difficult to access. Various measures contribute to minimising or compensating for the impact on nature, the landscape and the environment.

Ecological restoration of the Flüelebach brook

The Flüelebach brook, which has been canalised and is largely covered by the rail embankment, is to be restored to its original bed. The ecological restoration will benefit the habitat of roe deer, foxes, badgers, hares, red deer and beavers. The area will also become popular for local recreation.

Around 420,000 cubic metres of rubble will be created during the tunnel excavation, all of which needs to be removed. And around 330,000 cubic metres of gravel needs to be brought on site as a building material and to create concrete. BLS literally moves mountains. In order to transport the material in a way that is as sensitive to residents and the environment as possible, the company proceeds as follows: 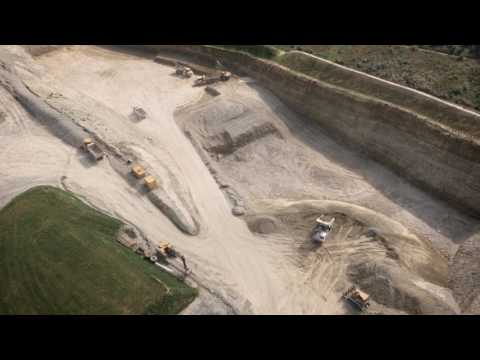 Reducing the impact of the construction site

Despite smart material management, around 140 truck consignments to and from the construction site are necessary each day. This equates to one truck every four minutes. During intensive phases, this figure can increase considerably. This poses a danger to school children in particular. For this reason, BLS has worked with the communities to put numerous school-route safety measures in place. These include a cycle route along the old Bern road by Heggidorn, structural modifications along the transport routes, a reduction of the speed limit, traffic briefings, and a school bus service.

For the gravel pit in Mäderforst and the embankment construction, tree clearing is unavoidable. The cleared areas will be fully reforested once construction is completed; where this is not possible, compensatory reforesting will be carried out elsewhere.

Around the construction site on foot

The construction site can be circled around on walking trails. Please adhere to the signposted footpaths and walking trails! Thank you for caring for nature and taking your litter home with you.

Additional information can be found on the walking map. 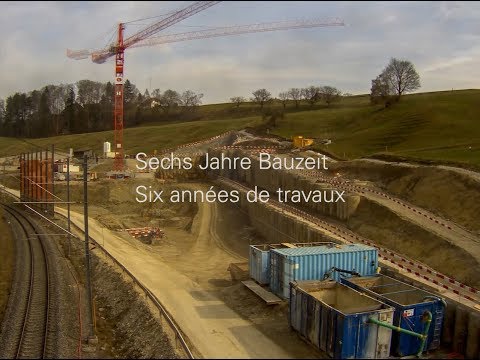 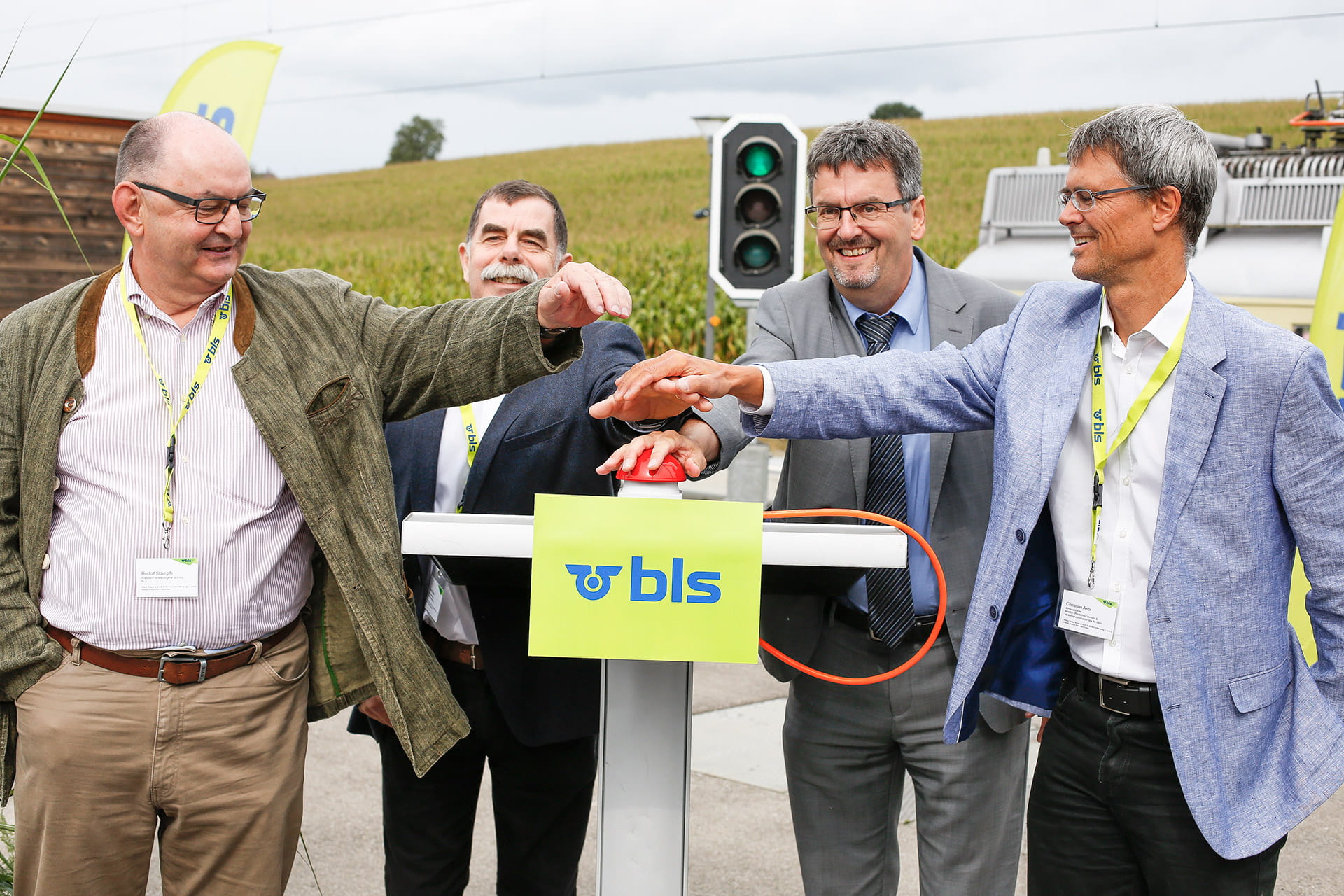 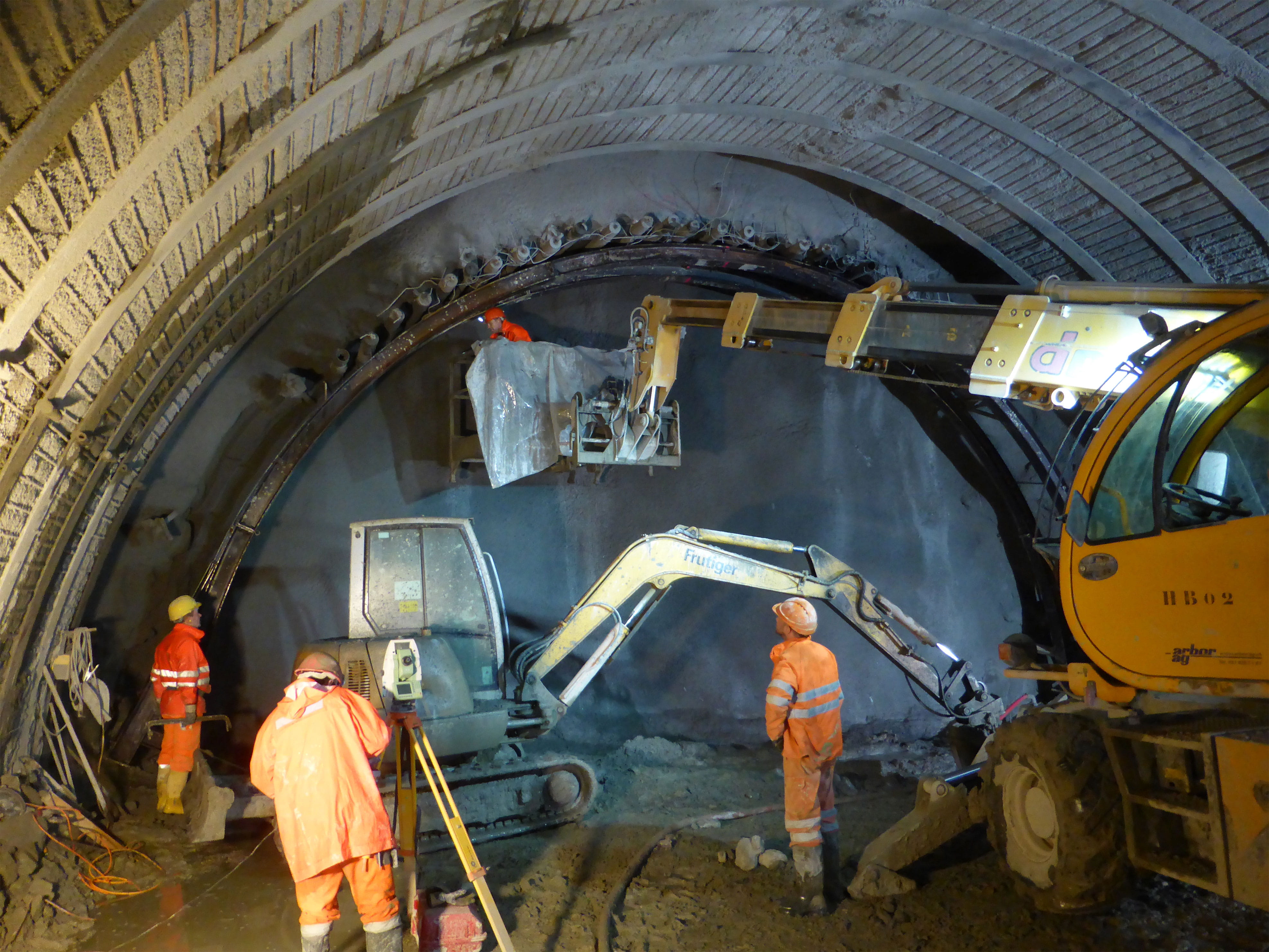 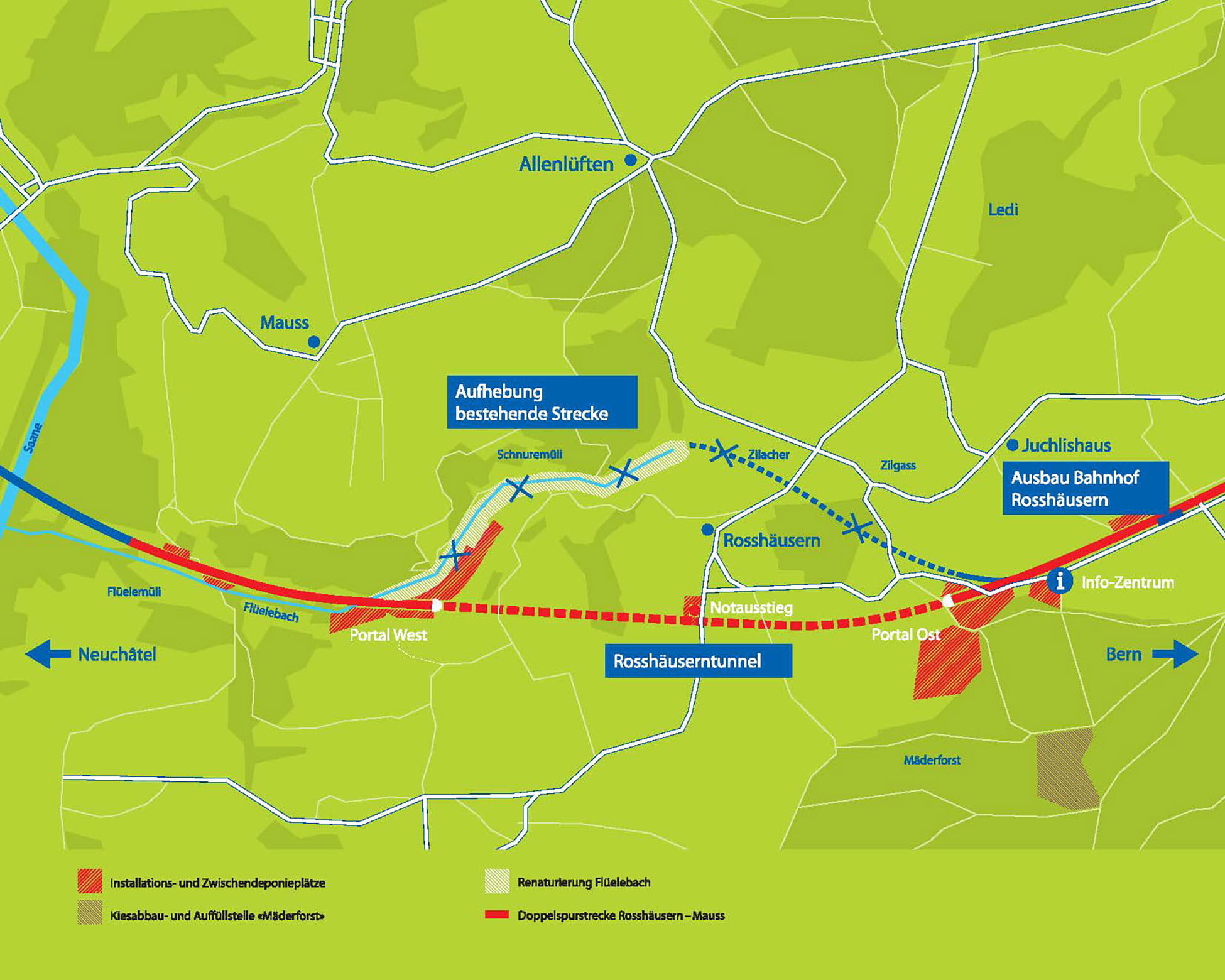 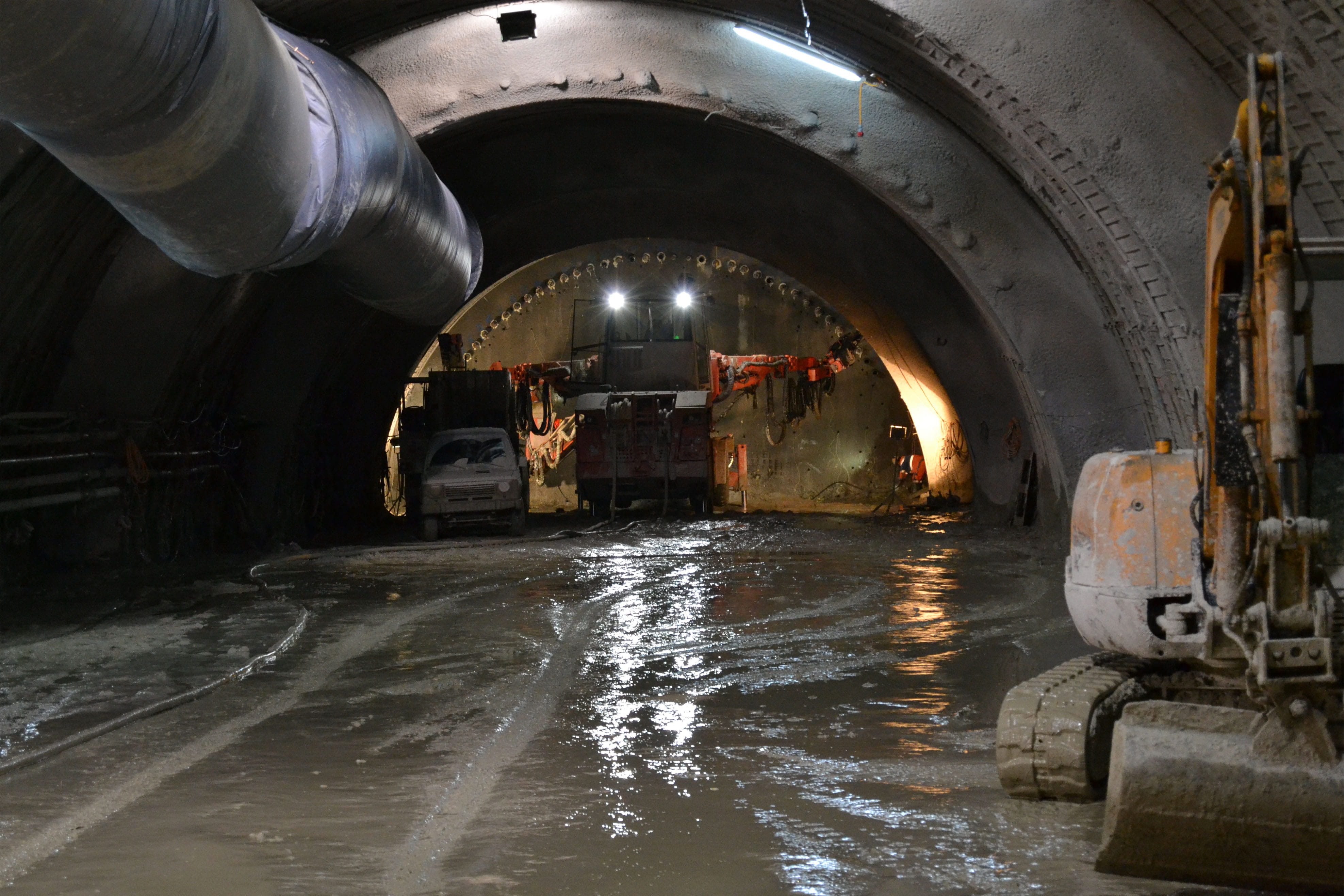 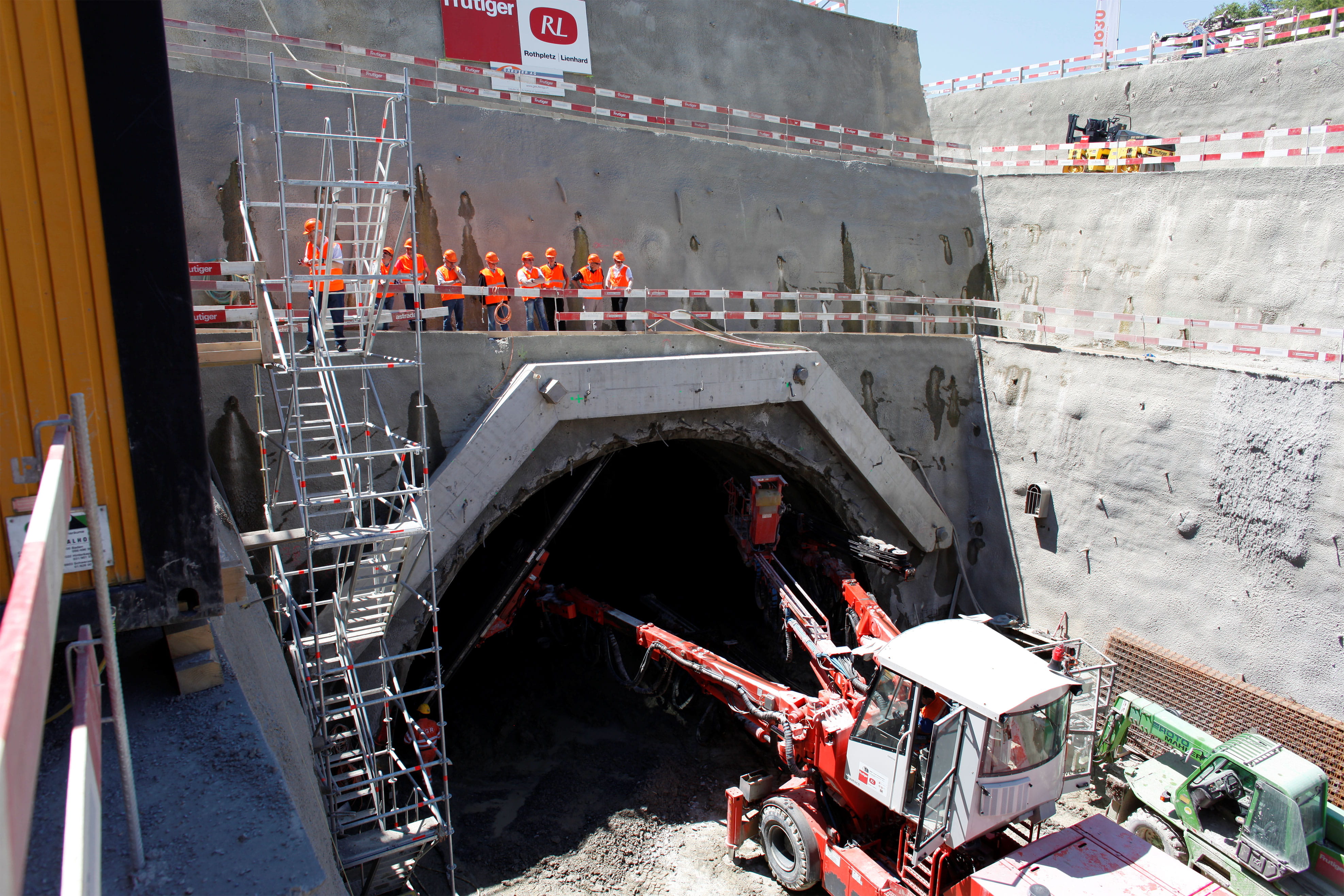 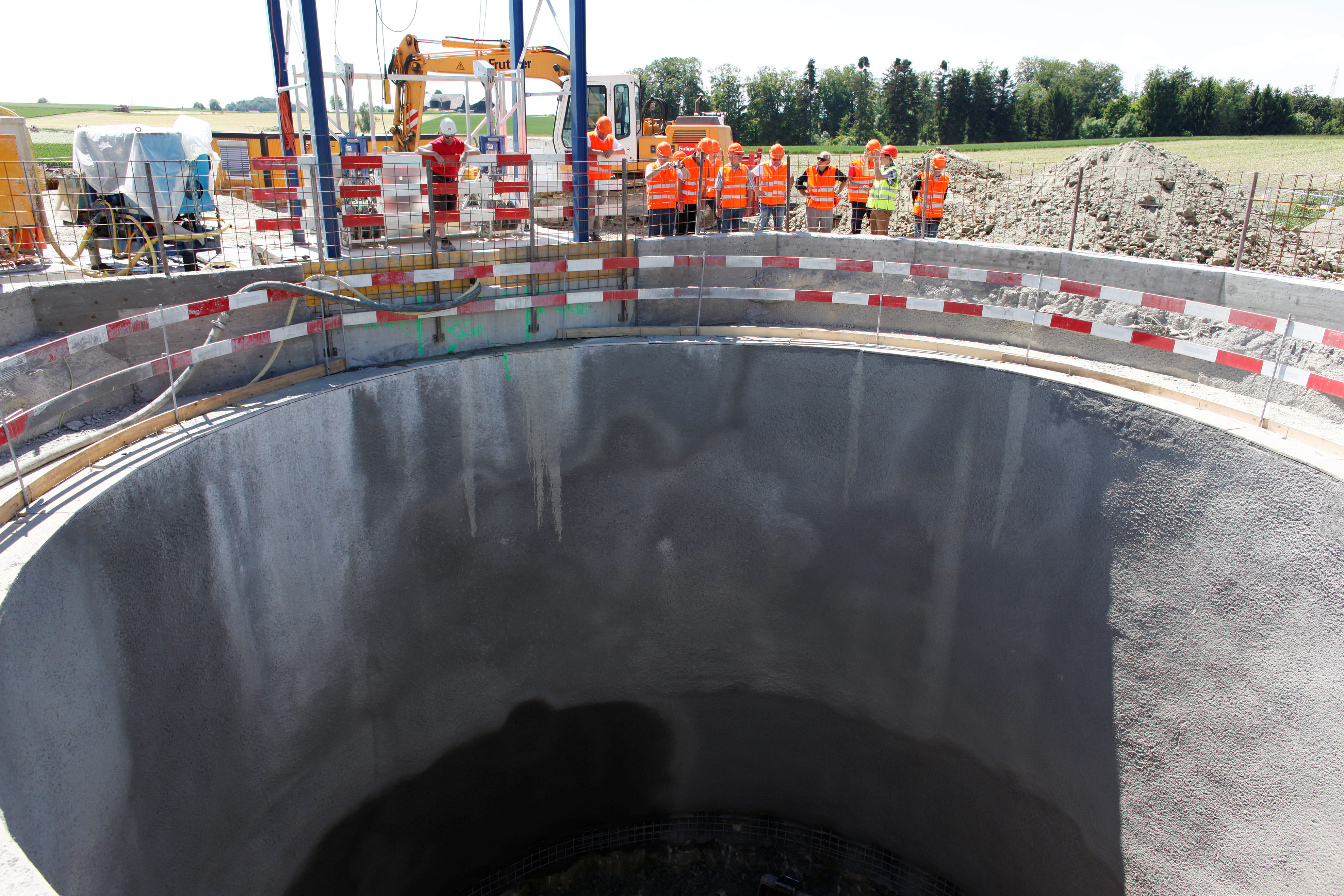 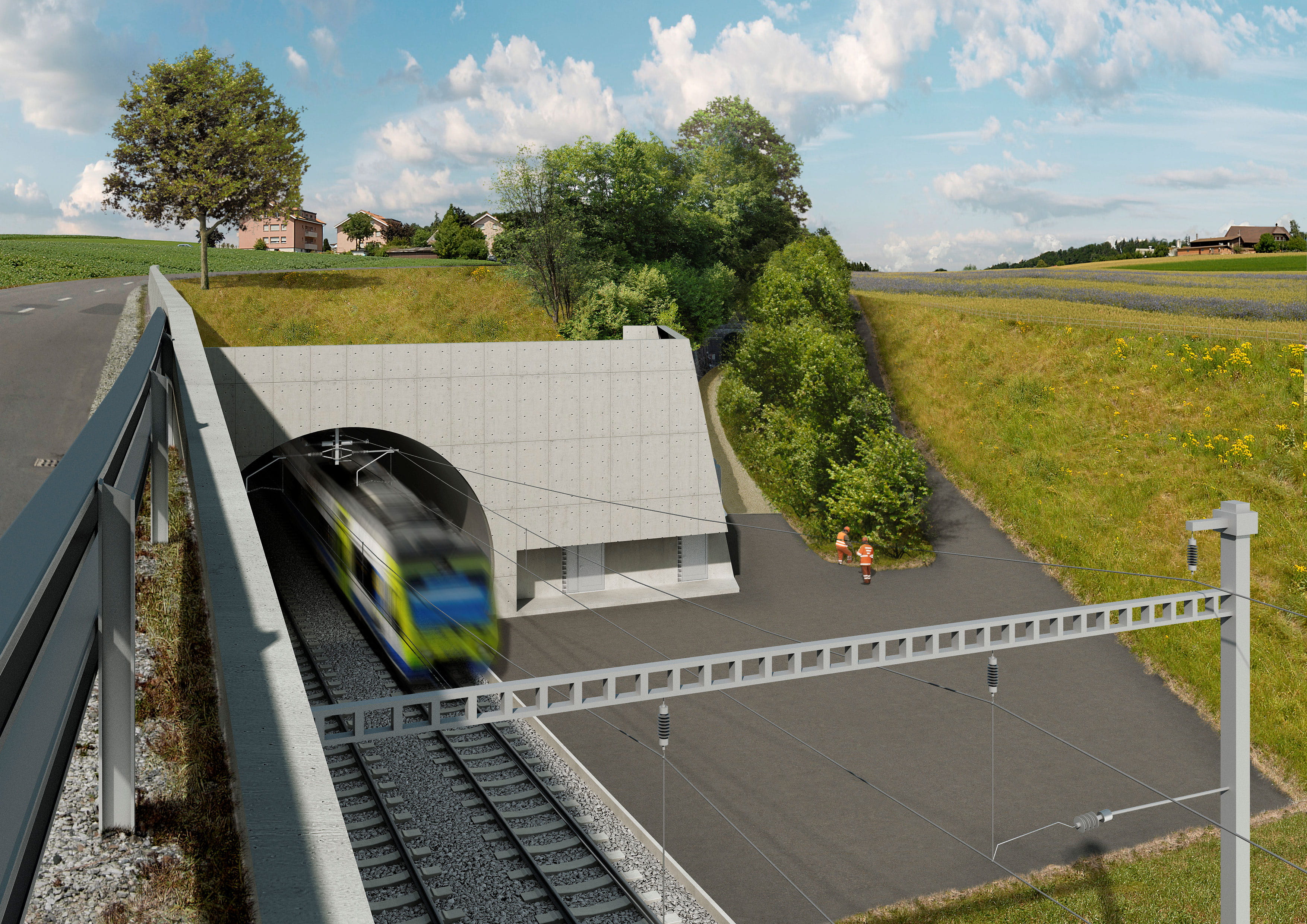 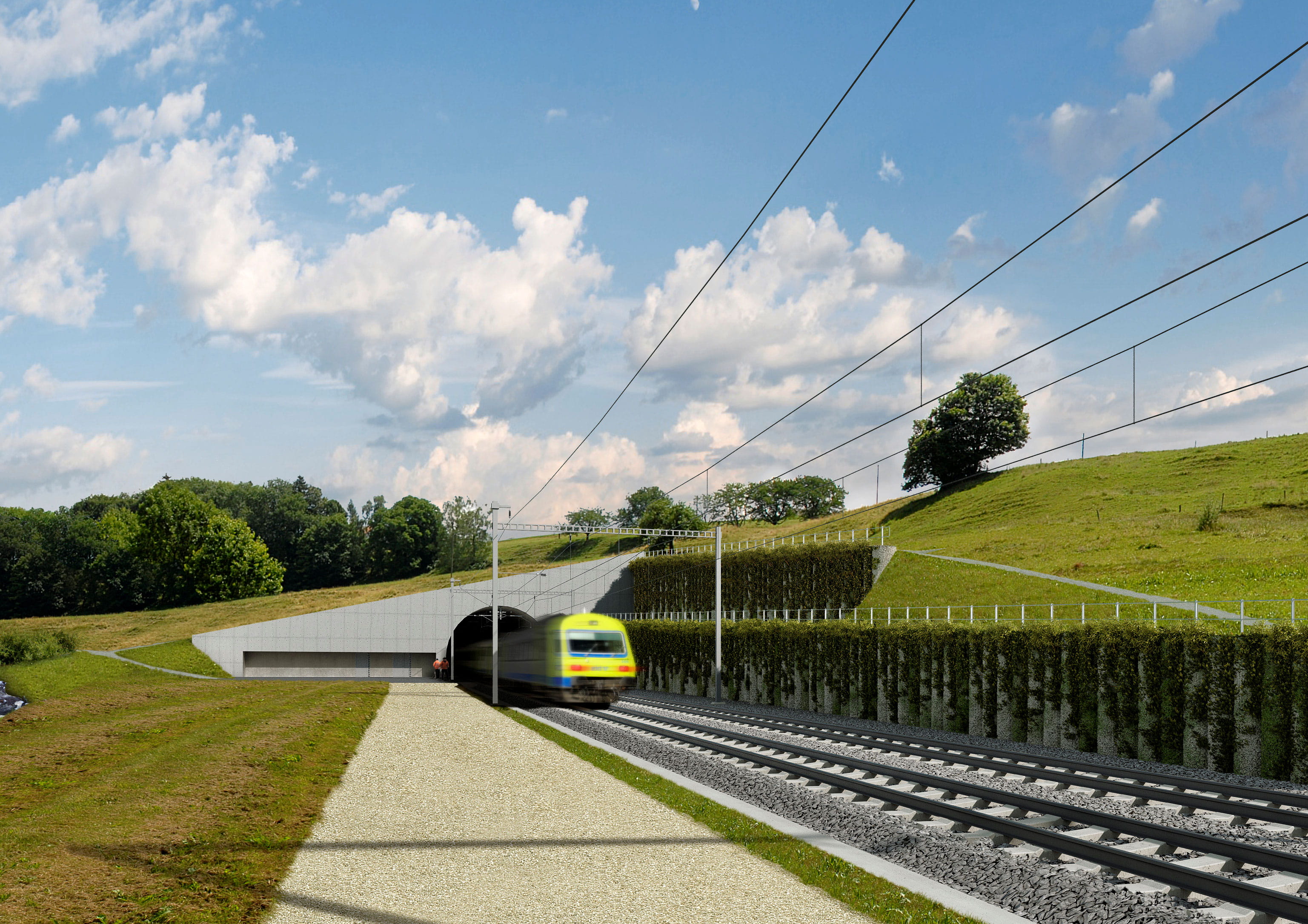 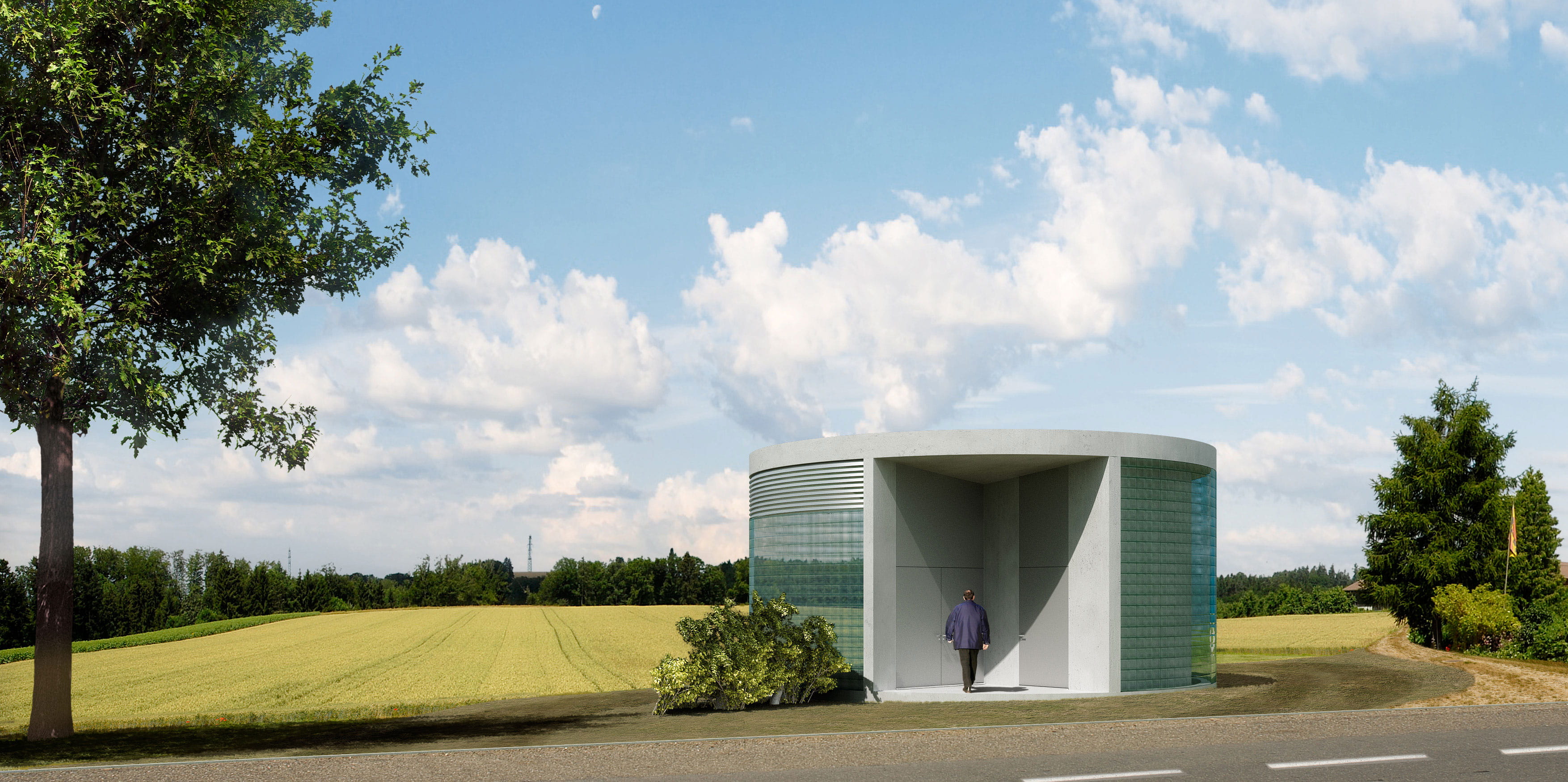 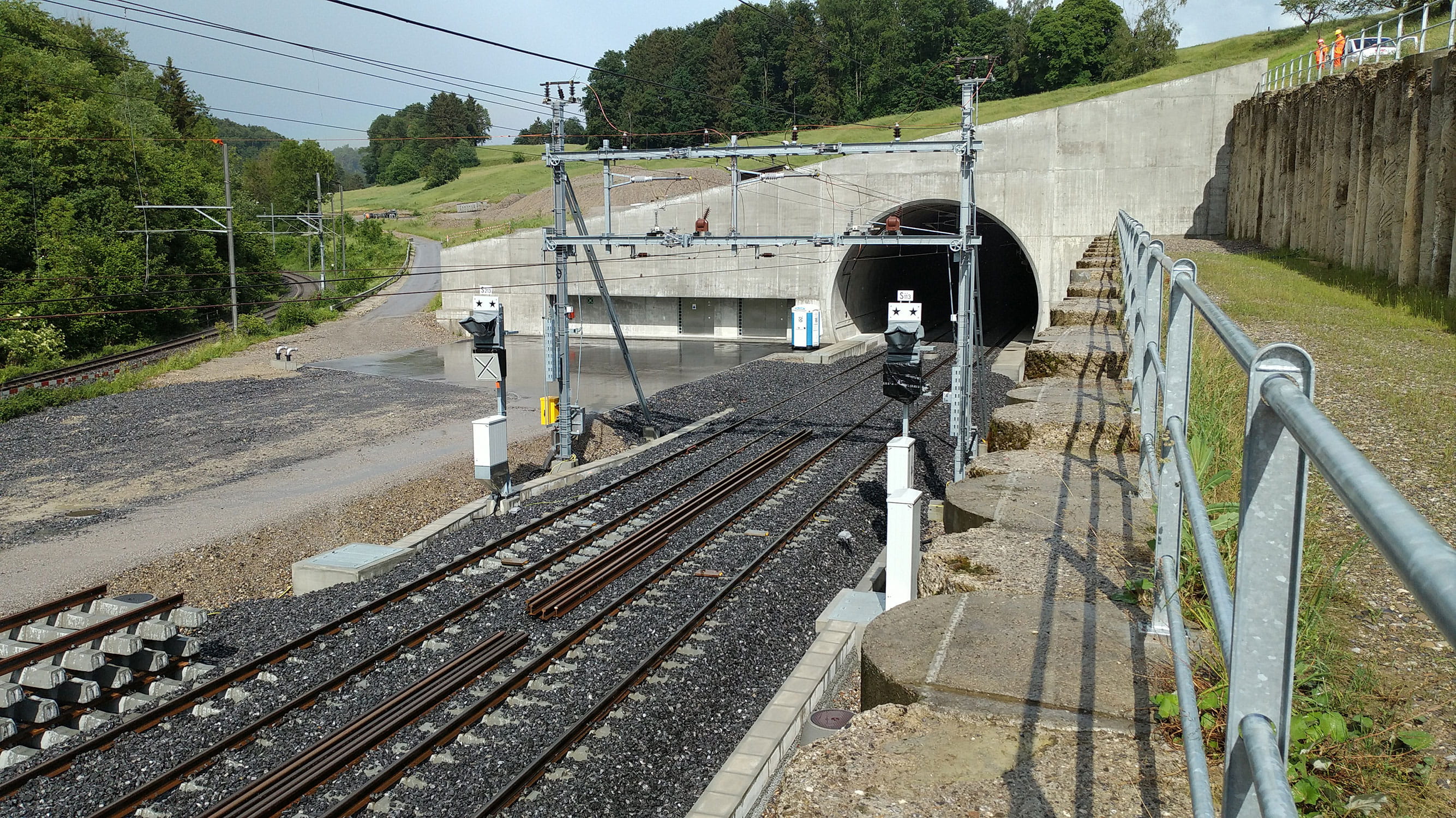 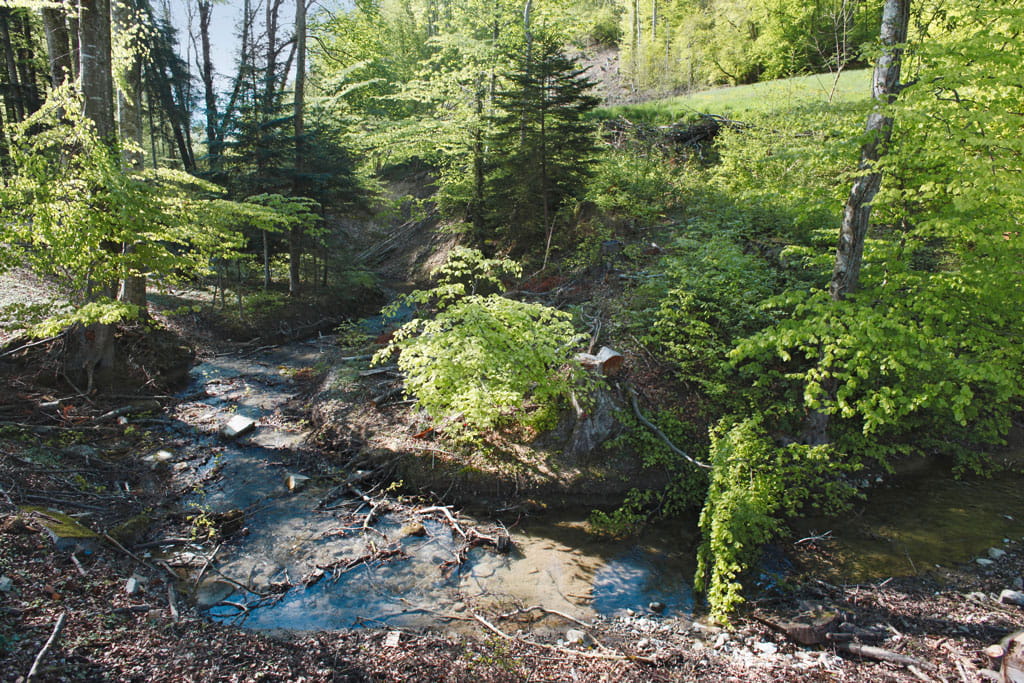 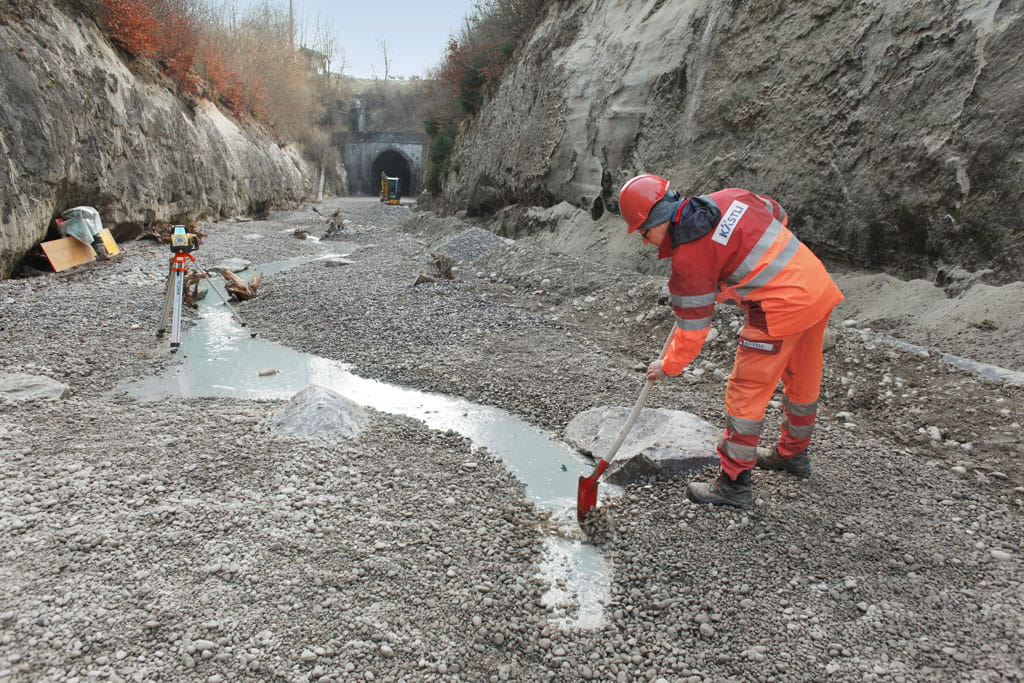 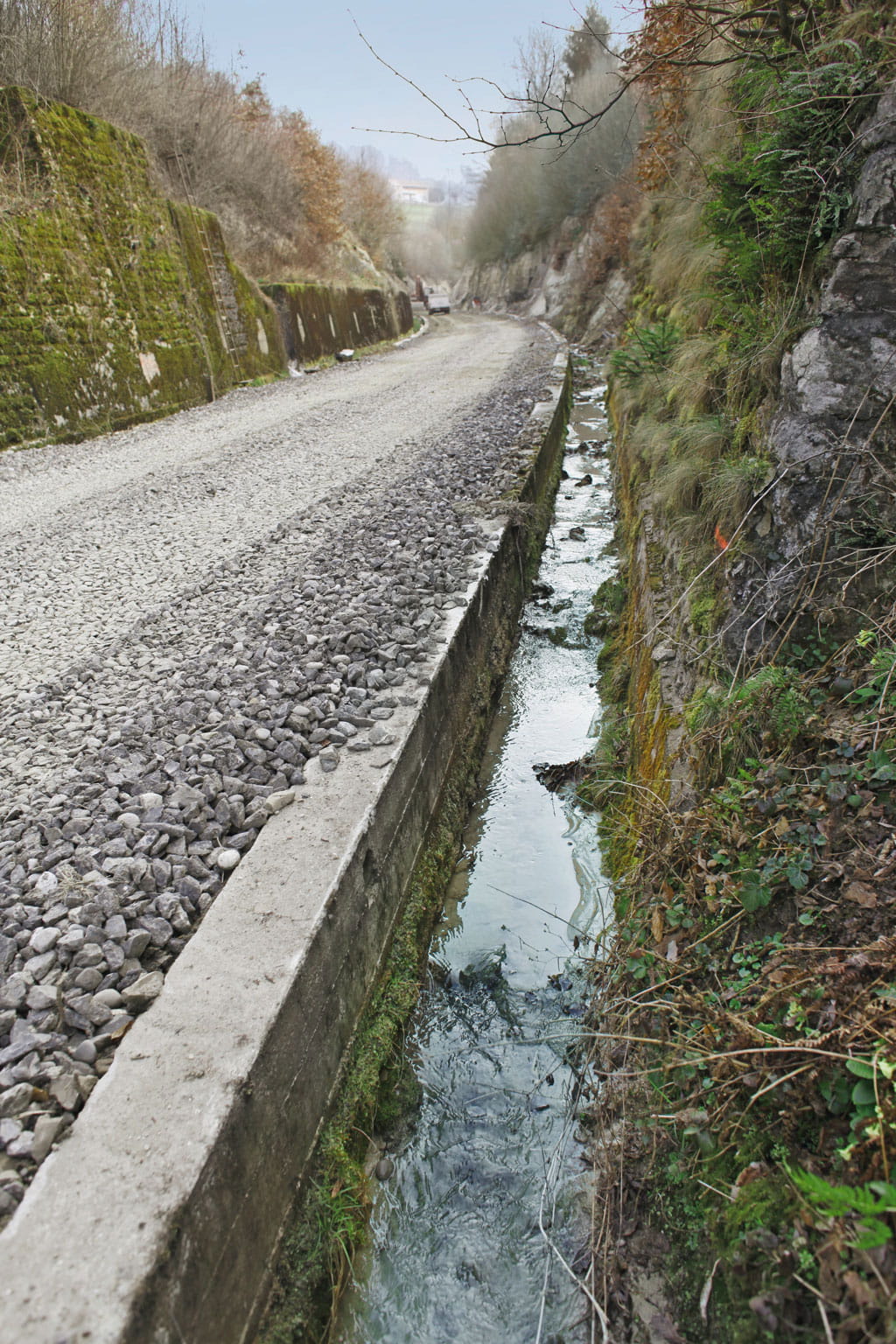 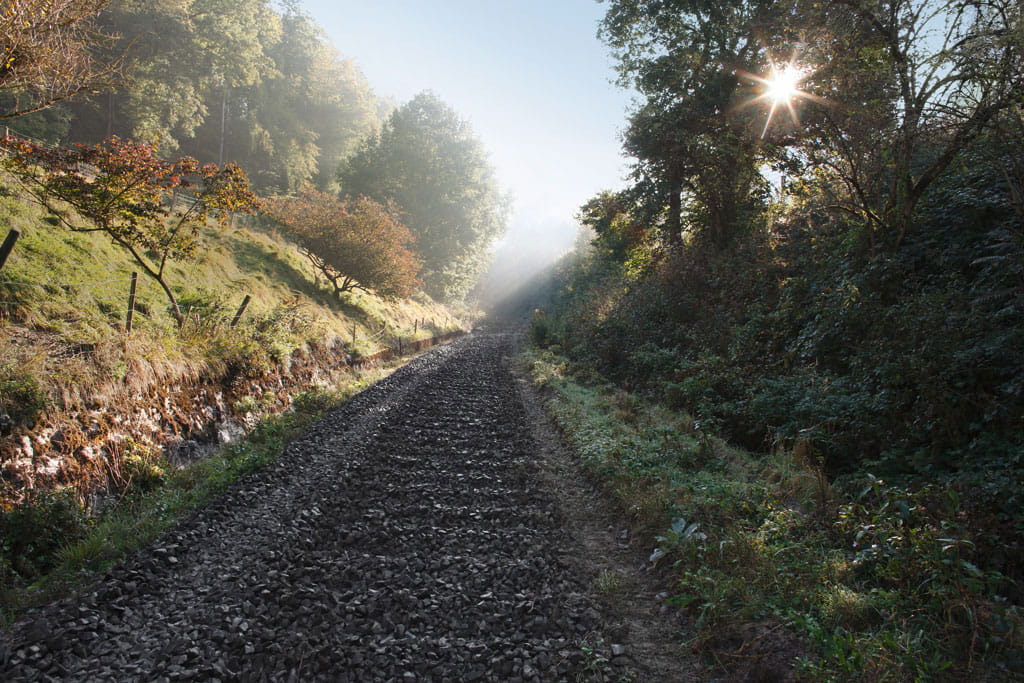 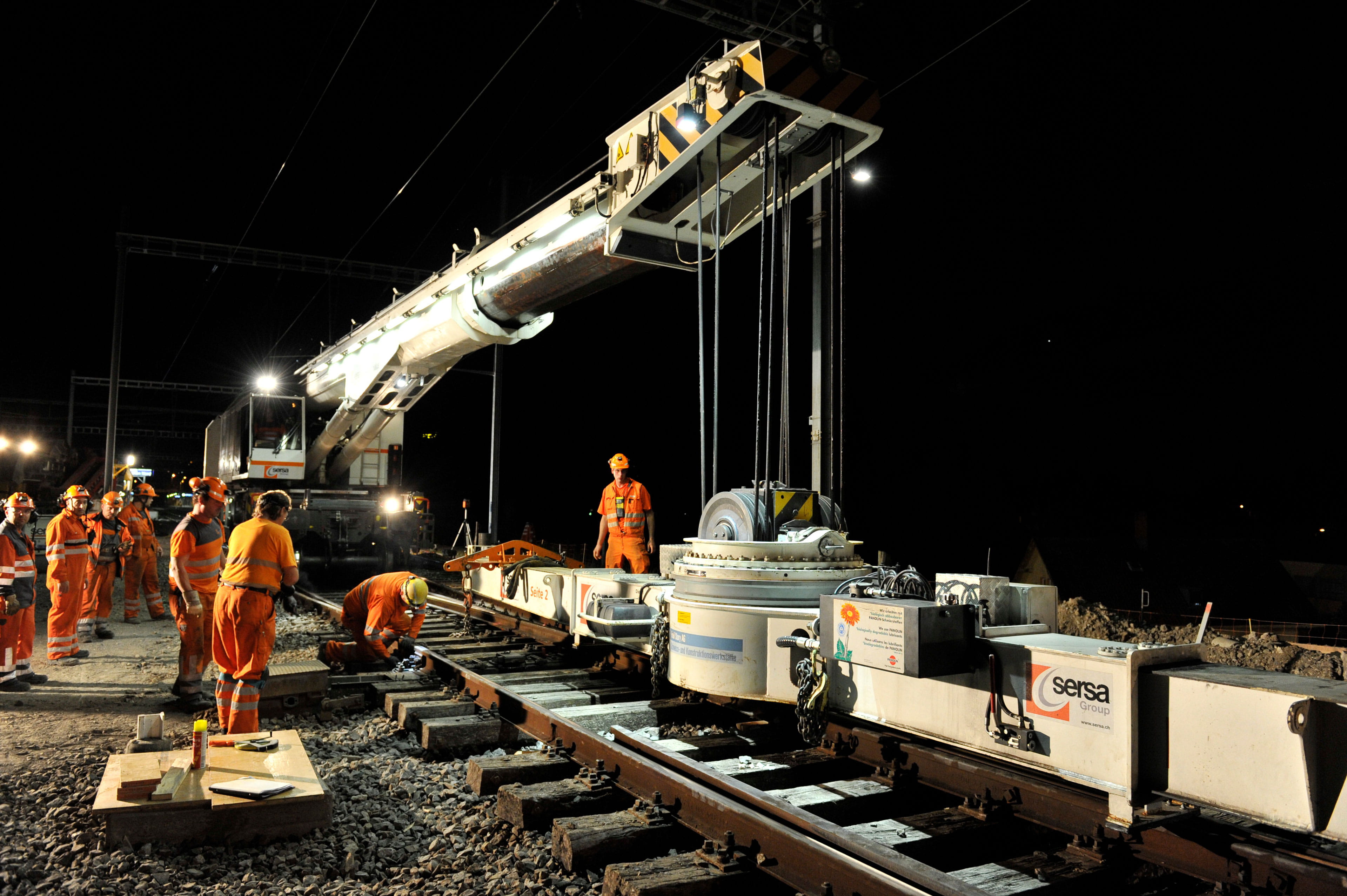